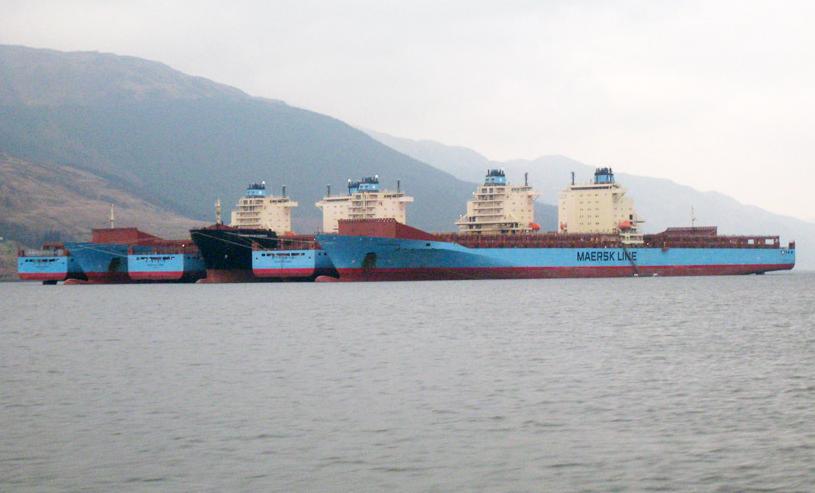 The change in magnitude of container trade growth this year has brought significant change to the container shipping industry, but it has not been the only important development of 2015.

Containership supply growth is expected to reach 8.2% this year â€“ the strongest rate since 2010 â€“ driven by a record pace of deliveries, and this trend has exerted its own pressures onto the containership markets this year.

A total of 1.66m TEU is currently expected to be delivered into the fleet in 2015. This will be the highest annual figure on record and 11% greater than in 2014. Deliveries into the 8-11,999 TEU and 12,000+ TEU sectors have been very strong in 2015 so far, breaking annual records after the first ten months of the year. Whilst deliveries in terms of vessel numbers have not been as high as in recent years, the increase in capacity delivered this year has been boosted by â€˜megaâ€™ boxships entering the fleet; in the year to date deliveries have averaged 8,320 TEU in size, compared to 7,407 TEU in full year 2014. Meanwhile, deliveries into the sub-8,000 TEU sizes this year are expected to reach their lowest levels in TEU terms in over two decades.

Demolition Levels Cut In Half

Boxship demolition this year is projected to stand at its lowest annual total since 2011. Stronger containership earnings earlier in 2015, combined with depressed scrap values, have limited boxship demolition sales in the year so far. Scrapping in the Panamax sector was particularly low earlier in 2015, relative to the previous two years. Consequently, around 0.17m TEU is expected to be sold for scrap this year, over 50% down y-o-y. Overall, demolition in 2015 is expected to total around 0.21m TEU less than in 2014, and deliveries are set to total 0.17m TEU more than last year. Looked at in this way, the slowdown in scrapping appears to be the biggest contributor to the acceleration in fleet growth this year, to an estimated 8.2% from last yearâ€™s rate of 6.5%. Moreover, fleet growth has been uneven this year with the 8-11,999 TEU and 12,000+ TEU sectors expected to grow in TEU terms by 17% and 28% respectively, whilst the sub-8,000 TEU fleet is projected to expand by under 1%. As a result of negligible deliveries and some demolition sales, the Panamax fleet is expected to contract 2% in TEU terms in 2015, whilst the 3-7,999 TEU Post-Panamax sector is projected to grow just 3%. The uneven pattern of fleet growth this year has led to further vessel â€˜cascadingâ€™ down the route hierarchy from the mainlanes, where â€˜megaâ€™ boxships have been delivered.

So trends in containership supply have remained key to market developments in 2015. This has included the impact of the â€˜cascadeâ€™ in contributing to both volatility and downward pressure on spot freight rates, and exerting pressure on the Post-Panamax sector of the charter market in particular. Current projections indicate that boxship deliveries are set to slow to 1.16m TEU next year, driving expected fleet growth of 4.8%. Whilst this is notably slower than fleet growth this year, and despite the recent focus on demand-side issues, supply-side factors are likely to remain key drivers of market trends too.