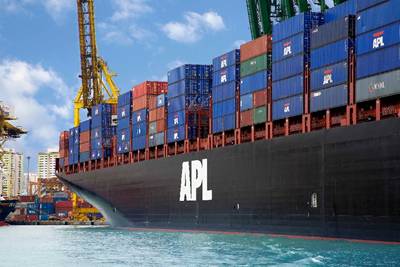 “Export manufacturers from Asia, in particular those from the Pearl River Delta can expect to exploit a larger market coverage in the Americas via the direct service of ALX from Asia to South America west coast. As the service facilitates access to Central America via Manzanillo in Mexico where transshipment options are available, the extended port calls to Callao in Peru as well as Valparaiso in Chile will enable route to these Latin America markets,” said Efrain Osorio, APL Head of Latin America Trade.

Apart from offering competitive transit times, the ALX service will be synonymous with predictability through weekly fixed-day arrival at every port it calls. The enhanced ALX service will call the ports of Keelung, Hong Kong, Da Chan Bay, Xiamen, Yangshan, Ningbo, Busan, Tokyo, Manzanillo, Callao and Valparaiso. The Eastbound service of ALX will depart Keelung from 13 October 2016.