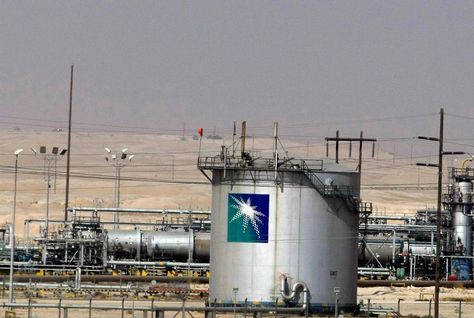 Saudi Arabia lowered March pricing for Asian oil customers as the world’s largest crude exporter shows no signs of letting up on its campaign to keep market share, especially with Iran set to boost sales.

State-owned Saudi Arabian Oil Co. lowered its official selling price for Arab Light crude to Asia by 20 cents a barrel to $1 a barrel less than the regional benchmark, the company said in an e-mailed statement Thursday. Saudi Aramco was expected to widen the discount by 40 cents a barrel, according to the median estimate in a Bloomberg survey of seven refiners and traders in that region.

Oil has lost about 6 percent this year on the outlook for increased exports from Iran after the removal of international sanctions. Saudi Arabia , the largest producer in the Organization of Petroleum Exporting Countries, had output in January that was close to a record one month after OPEC abandoned its oil-production targets.

“Neither of them will want to give up an inch on market share until the situation is more clear in terms of how much additional supply is coming to market,” Robin Mills, chief executive officer of Qamar Energy, said by phone from Dubai. “Iranians are trying to get back into the market and Asia is going to be the premiere market for both of them.”

“The gap between supply and demand has started shrinking,” Aramco Chief Executive Officer Amin Nasser said at a Jan. 26 conference in Riyadh. “We will see some adjustment, but it will happen toward the end of this year.”

Aramco cut the premium for Arab Extra Light crude to Asia by 40 cents a barrel to $1.30 a barrel more than the benchmark, according to the statement. The company narrowed the discount for March sales of its Medium and Heavy grades to Asia, it said. Pricing is against the average of Oman and Dubai oil grades.

The company kept pricing for Light and Heavy crude to the U.S. unchanged for March, and raised Arab Medium by 10 cents a barrel to $1.25 a barrel less than the benchmark.

Buyers in Northwest Europe and the Mediterranean region will see wider discounts for Aramco’s Extra Light and Light grades, while Heavy barrels will cost more next month, according to the statement. The benchmark for the U.S. is the Argus Sour Crude Index and for European buyers it’s the ICE Brent weighted average.