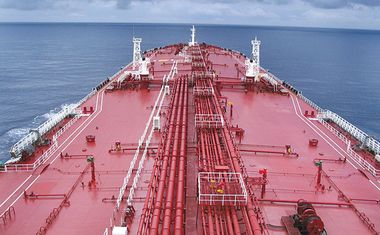 Freight rates for very large crude carriers (VLCCs) will continue to soften next week as ample tonnage supply weighs on the market, although a raft of Middle East fixtures are expected to put a floor under charter rates, ship brokers said.

That came as VLCC rates from the Middle East rose to a two-week high on June 28 before slipping slightly, while rates from West Africa held steady.

“We feel the market has a soft undertone. Each fixture is around the same rate as the previous charter or a shade less. Rates are not diving down,” said a European supertanker broker on Friday.

“Tonnage is quite ample – there should be enough to cover charterers’ needs. Charterers have been drip feeding the market with fixtures to keep a lid on rates,” the broker told Reuters.

A raft of tankers coming out of shipbuilding and repair yards needing immediate employment and reduced congestion at ports including Basra in Iraq and Qingdao in China have added to tanker supply putting pressure on freight rates, brokers said.

“Some charterers are trying to break below 40 on the Worldscale measure to fix newly built tankers. I don’t feel we’ll get much love on rates for next week,” a Singapore-based supertanker broker told Reuters.

Charterers are expected to start fixing supertanker cargoes next week for loading in the Middle East in the last 10 days of July, brokers said.

Around 30 to 35 cargoes are expected to be released, a similar level to previous months, brokers added, although tanker supply is expected to outpace cargo volumes.

That came as oil exports from Iraq’s southern ports, which averaged 3.162 million barrels per day (bpd) in June, are expected to hold steady through the end of the year, Hayan Abdulghani Abdulzahra, the head of state-owned South Oil Company (SOC), told Reuters in an interview on June 26.

Oil exports from Iran in July though are set to fall to about 2.31 million bpd as the country battles Saudi Arabia and Iraq for market share, according to a source with knowledge of the country’s crude lifting plans.

VLCC rates from the Middle East to Japan were unchanged at around 45.50 on the Worldscale measure on Thursday from a week ago, although they climbed to about W48.25 on June 28, the highest since June 14.

Rates for VLCCs from West Africa to China slipped to about W51.75 on Thursday, down from W53 the same day last week.

[…] There you will find 72526 more Infos: shippingherald.com/asia-tankers-vlcc-rates-expected-to-soften/ […]

[…] There you will find 37694 more Infos: shippingherald.com/asia-tankers-vlcc-rates-expected-to-soften/ […]