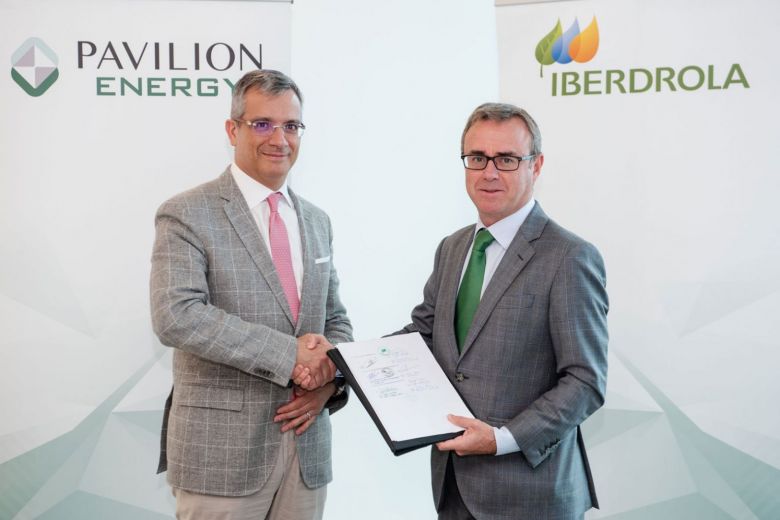 The deal reflects turbulence in the global LNG market, which has been inundated with new supplies that have outstripped demand growth in Asia, dragging prices down to multi-year lows.

For Pavilion, owned by Singapore’s sovereign wealth fund Temasek, the deal means it can sell LNG into Britain, Spain and the Netherlands while Iberdrola gets out of long-term commitments to buy LNG in an oversupplied market.

“This acquisition brings us a portfolio of prime assets primarily in Europe and the Atlantic Basin,” said Pavilion Energy Group Chief Executive Frederic Barnaud, a former top executive at Gazprom’s trading arm before moving in 2018.

Pavilion will double its portfolio, with Iberdrola’s long-term contracts amounting to 4 million tonnes a year (mtpa).

That includes offtake from U.S. producer Cheniere Energy, 2 mtpa of regasification capacity at Britain’s Grain terminal and supply deals that sell into Spanish and Dutch terminals.

The Asian LNG-focused company already had access to Rotterdam’s Gate terminal through a 2017 agreement with German utility Uniper.

Meanwhile, “these (offtake) contracts are more competitive than Pavilion’s existing LNG supplies, thereby reducing its average cost of LNG and enhancing their competitiveness,” he said.

Asia accounts for 75% of global LNG consumption but as the market develops, large buyers such as Japan’s Tokyo Gas \, JERA and South Korea’s Kogas have struck deals in Europe to give them flexibility in times of low demand.

German utility RWE penned a deal with Tokyo Gas last year to share LNG activities, British utility Centrica and Tokyo Gas agreed to share offtake from Mozambique, and JERA and France’s EDF have been collaborating since 2017.

Iberdrola’s exit from the long-term LNG trade “represents a change in the group’s current gas supply strategy … The company will now focus on short-term supply, taking advantage of this trend in European gas markets”, the Spanish firm said.

Iberdrola, alongside compatriots Naturgy and Endesa and other European utilities, signed up for U.S. LNG supplies that have been coming on stream in the past 18 months and have contributed to oversupply in the market.

Several European utilities have bemoaned the current price conditions, with one from RWE, which does not have U.S. offtake, saying European buyers of U.S. LNG were making a loss of $7 million per cargo at current prices.

Asian spot LNG prices were heard at $4.35 per million British thermal units (mmBtu) last week, with European LNG prices lower at around the $3.4 per mmBtu mark.