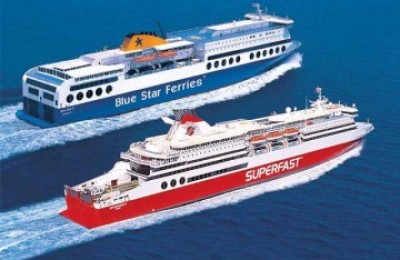 The Board of Directors of Attica Holdings S.A. (Attica Group), member of Marfin Investment Group (MIG), announces the Groupâ€™s nine month 2015 financial results which show consolidated Revenues of Euro 222.47 mln (increased by 4.1% against Euro 213.69 mln in nine month 2014 period) and significant growth in Earnings before interest, taxes, investing and financial results, depreciation and amortisation (EBITDA) to Euro 72.86 mln from Euro 36.19 mln for the same period in 2014, as well as, consolidated Profits before interest, taxes, investing and financial results (EBIT) of Euro 54.87 mln compared to Euro 18.06 m ln for the same period in 2014.

TRAFFIC VOLUMES IMPROVED IN ALL CATEGORIES, 7.7 % IN PASSENGERS, 7.2% IN PRIVATE VEHICLES AND 3.4% IN FREIGHT UNITS

During the nine months of 2015, Attica Group operated through its subsidiaries in the Adriatic Sea and in the Greek domestic sea routes with an owned fleet of twelve Ro – Pax vessels, out of which three were deployed in the Adriatic Sea and nine in domestic routes. Furthermore, on 0 8. 0 4.2015 the Group took delivery of Ro – Pax Blue Galaxy under a bareboat charter agreement. The vessel operates from 24.0 4.2015 on the Piraeus – Chania (Crete) route.

During the first months of 2015 the Group experienced increased traffic volumes, a trend that was interrupted at the end of June with the announcement of the bank holiday in Greece and the imposition of capital controls. The Group’s management, assessing on an on – going basis the constantly changing economic environment, assumes all necessary actions to ensure the Group’s interests and to minimize any potential effects that may occur in its financial position. Attica Group, as part of its fleet strengthening initiatives, chartered on 08.04.2015 the Ro – Pax Blue Galaxy under a long – term bareboat charter agreement. The vessel was completely renovated in order to fulfill all the specifications and high quality standards that characterize all vessels of Attica Group. The vessel operates since 24.04.2015 on the Piraeus – Chania (Crete) route as part of the joint service with ANEK Lines S.A. On 22.05.2015 Superfast Ferries celebrated 20 years from its first sailings. In twenty years of operations, Superfast Ferries, established in Greece and flying the Greek flag, transported over 12,000,000 passengers, 2,500,000 freight units and 2,500,000 private vehicles in Adriatic, Baltic and North Sea. Next goal is to develop new destinations, maintaining the service quality that always characterizes th e vessels of Superfast and Attica Group. On 08.07.2015 Attica Holdings S.A. announced that the U.S. Department of the Treasuryâ€™s Office of Foreign Assets Control (OFAC) granted Attica approval to operate through its wholly owned subsidiary, Superfast Ferries (USA) LLC, a marine route between US and Cuba, in connection with travel or transportation of persons, baggage or cargo between the United States and Cuba. Attica is in the process of applying for appropriate regulatory and other approvals from the Cuban government. The Management of Attica Group continues to assess plans for further revenue growth including alternative fleet deployment combinations, as well as, development of new international routes.