12 May 2016
by ShippingHerald Headlines, Shipping News, Slider, The Wire 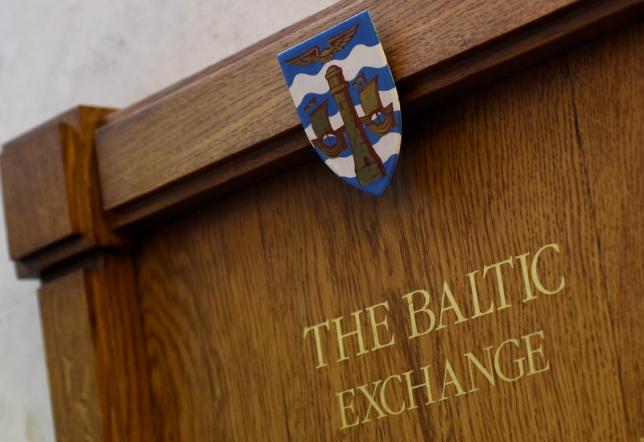 Talks between the Baltic Exchange and a number of suitors are continuing, but any potential buyer of the business will have to provide assurances that its central role in shipping will not be “undermined,” the Baltic’s chairman said.

On Feb. 26 the privately held Baltic Exchange confirmed it had received a number of “exploratory approaches” after the Singapore Exchange Ltd (SGX) said it was seeking to buy the business.

Both statements came a day after Reuters reported the Baltic had held talks with SGX and other potential buyers including CME Group, ICE and Platts. Sources had estimated the Baltic’s valuation was $120 million.

Baltic Chairman Guy Campbell told the exchange’s annual cocktail party event in London that negotiations were ongoing, but said he was “not in a position to expand on that right now.”

“I can assure you that we will not proceed beyond the negotiation stage and make recommendations without first consulting with all of you – members, shareholders, panel members, end-users,” Campbell said in a speech.

“Any potential acquirer will need to provide assurances that our 270-year legacy, our leadership position – both in London and around the world – will not be undermined.”

Many segments of shipping – including dry bulk commodities – are struggling with the worst market conditions in decades, which has claimed casualties.

An acquisition of the Baltic, which was founded in 1744, would give the winning bidder ownership of the industry’s benchmark indices – which could be further commercialized – and greater access to the multi-billion-dollar freight derivatives market, known as FFAs.

“They will need to deliver an offer that does not disrupt the successful FFA market which relies on our independent, rigorously compiled indices,” Campbell said in prepared remarks.

Clearing houses and exchanges are all looking for a way to distinguish themselves at a time of growing regulatory scrutiny and weak commodities markets. Buying the Baltic would allow any of those entities to diversify their activities into freight.

In March, sources told Reuters state-run conglomerate China Merchants Group became the latest contender to make an informal bid to the Baltic. Last October, sources said the London Metal Exchange (LME) had made an approach to buy the Baltic.

The Baltic, owned by around 380 shareholders, many from the shipping industry, produces daily benchmark rates and indices that are used across the world to trade and settle freight contracts.