11 May 2016
by ShippingHerald Headlines, Shipping News, Slider, The Wire 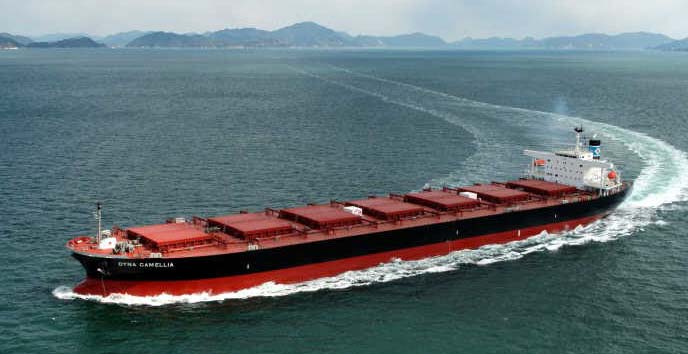 The overall index, which factors in rates for capesize, panamax, supramax and handysize shipping vessels, was down 22 points, or 3.57 percent at 594 points.

Chinese rebar steel futures posted their biggest intraday fall in seven years on Tuesday, as worries about demand in the world’s second-biggest economy extended a rout that has spilled over into other industrial raw materials.

Average daily earnings for capesizes, which typically transport 150,000-tonne cargoes such as iron ore and coal, decreased $667 to $5,946.

Among smaller vessels, the handysize index fell three points to 352 points and the supramax index was down eight points at 567 points.