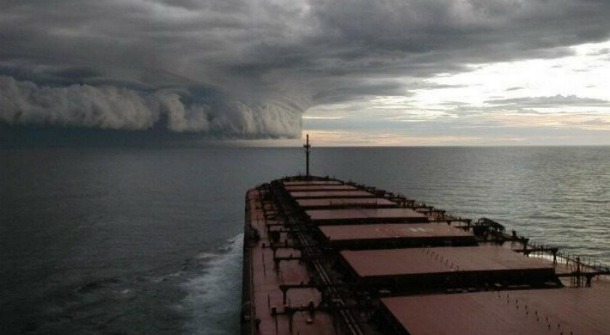 The overall index, which gauges the cost of shipping cargoes including iron ore, cement, grain and coal, fell five points or 1.05 percent, to 473 points.

China’s factory activity contracted for the 10th straight month in December and at a sharper pace than in November, a private survey showed, dampening hopes that the world’s second-largest economy will enter 2016 on a more stable footing.

Iron ore, the key ingredient for steelmaking, gave up early gains as a global supply glut and shrinking demand in top consumer China is expected to weigh on the commodity in 2016.

Chinese imports of coal and iron ore have remained weak in recent months and worries over the health of the global economy have also dented dry bulk shipping prospects.

The capesize index, was up two points at 472 points, even as average daily earnings decreased $154 to $4,811. Capesizes typically transport 150,000 tonne cargoes such as iron ore and coal.

Among smaller vessels, the supramax index shed one point at 449 points, and the handysize index slipped three points to 267 points.
Source: Reuters