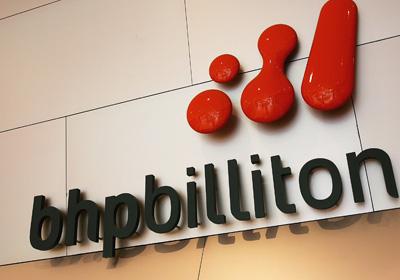 Global miner BHP anticipates planned new U.S. steel import tariffs will have a limited impact on both the steel market and the firm, and doesn’t foresee a chain reaction from other countries, a senior official said on Thursday.

“I think direct impact on steel is quite marginal because the United States is not such a big steel producer,” Arnoud Balhuizen, chief commercial officer at BHP, the world’s biggest miner, told Reuters in an interview.

“Direct impact on BHP is even smaller,” he said, citing limited steel exports to the United States from Asia – BHP’s biggest customer for steel-making raw materials such as iron ore and metrological coal.

U.S. President Donald Trump pressed ahead earlier this month with import tariffs of 25 percent on steel, and 10 percent on aluminum, sending countries scrambling to negotiate exemptions or consider retaliatory measures. Trump said that Canada and Mexico would be exempt from the tariffs.

The head of the World Trade Organization warned last week that the move could spark retaliation from other countries and lead to unforeseen consequences.

“But we are still positively minded that it will not happen,” he said. Countries with a sense of diplomacy and communication will likely make wise and smart decisions, he said.

“We have been quite clear in our views that free trade is the lifeblood of the world economy…we strongly believe free trade is needed for economic development for developed world and developing world,” he said.

Meanwhile Balhuizen said BHP’s stance that copper is its best exposure to the rise of the electric vehicle remains unchanged. The firm’s response is to hunt for new reserves of copper, while seeking a buyer for its assets to produce battery-grade nickel.

Copper demand in an electric vehicle will be three to five times more than that for a conventional car, the executive said.

Balhuizen said nickel is not part of its core portfolio as its business is relatively small, and more about processing than upstream resource development.

“At the right time, at the right price, we will leave the nickel business,” he said.
Source: Reuters