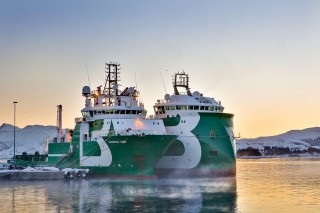 As part of the “Stronger for longer” action plan, which aims at preserving and strengthening the company’s cash flow to allow it to emerge stronger from the current down cycle in the offshore oil and gas marine services market, BOURBON announced that it has signed an agreement with its financial partners providing for the rescheduling of the maturities of a large part of its financial debt. The main points of the agreement are as follows:

– Out of long- and medium-term debt totaling €692 million, €365 million of repayments due between 2016 and 2018 have been rescheduled and reduced to an amount of €63 million not repayable until 2018. The remainder of the debt, i.e. €629 million, will henceforth be repaid progressively between 2019 and 2025; the weighted average of the spreads applicable to these facilities will initially represent approximately 2.1% from October 1, 2017, then approximately 3.1% from January 1, 2020 and lastly approximately 4% from January 1, 2022.

– Short term facilities amounting to €196.8 million will be refinanced and maintained at this level from 2017 to 2020 inclusive, before being repaid progressively afterwards, while €22 million in short-term credits will be maintained and repaid progressively as from 2018; the weighted average of the spreads applicable to these facilities will initially and from the completion date represent 1.9%, then 2.9% from January 1, 2020 and lastly 3.9% from January 1, 2022.

In the context of such agreements, additional debts due in 2017 in an amount of €143 million will be rescheduled in order to benefit from progressive repayment until 2022, after the completion of discussions, some of which are to be finalized by June 2017.

These agreements are subject to conditions precedent to be fulfilled by June 30, 2017 and is to be implemented by July 15, 2017 at the latest. It will be described in detail in BOURBON Corporation’s 2016 registration document.

“The confidence of our financial partners – on top of that of our customers and associates in the countries where we operate – is a tremendous encouragement for all those whose day-to-day efforts give life to BOURBON and prepare the innovative solutions of tomorrow in a profession facing profound changes”, said Jacques de Chateauvieux, Chairman and Chief Executive Officer of BOURBON Corporation.