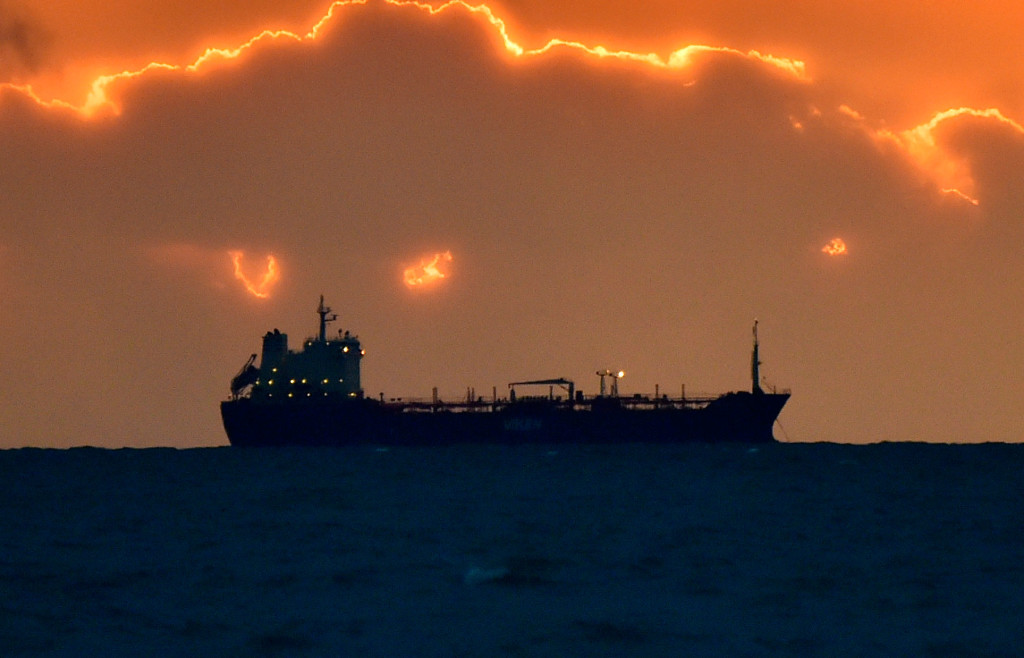 Michael Poulsen, senior oil risk manager at Global Risk Management, says U.S. shale producers have demonstrated self-control over the past year, with more concern for revenue rather than just output, although he doesn’t expect breakevens to fall much further. He also said even if the market hits $60 a barrel, it won’t spark a rally to $70. Poulsen was interviewed on Oct. 24. Comments have been edited and condensed.

What will it take for oil to shift out of this range?

If we are talking the $55-$60 a barrel range, then we will probably need some sort of geopolitical trigger for the upside. For the downside, it’s a little bit more tricky. It would have to be a failed OPEC agreement in November or demand dropping.

Why did the unrest in Kirkuk fail to move the price that much?

However, as the worst fears regarding that scenario eased out and people had a chance to review the options for the U.S. suddenly pulling the plug on the nuclear deal, prices started slipping from the $60-ish level.

Do you still see U.S. shale as the main driver of price?

I would say they are still the marginal producer given how fast they can bring product online. It’s not like a switch, but it is definitely faster than shutting a 30-year oil field and then restarting it.

But, we have also seen self-control in the past year, with producers looking to maximize revenue for shareholders and not just pumping as many barrels as possible. Harold Hamm recently said shale is nowhere near full-throttle, and that seems logical. There are also rumors that shale and OPEC will meet again like they did last year in Houston. Obviously there will be nothing official, but they are on the same page to maximize the dollar and not the barrels.

As long as the supply is there it is irrelevant if you are pumping 10 barrels or 20 million barrels. If you are going to make less money pumping 20, you’d rather pump 10.

Can shale get much cheaper?

It is dependent on well location. But it is also noticeable that we are seeing some suppliers looking to raise their prices now Brent has moved away from the $30 a barrel mark which caused difficulties for producers. Now they are making a lot of money, suppliers are looking to renegotiate costs. It will be difficult to see breakevens go much lower from here. You can always find a dollar or two, but to bring costs much lower will be tricky. Every time you improve an element, demand picks up on those parts and it gets more difficult to improve things. The greatest leaps forward in lowering costs are behind us.

What outcome do you expect from the OPEC meeting in November?

I would say if they can keep this stew brewing for 1.5 to 2.5-ish years they have come a long way to letting demand catch up with shale supply, which is probably the only way of finding equilibrium between OPEC and shale. The technology is out there, it isn’t going to go away, even if you have to make some of the companies go bust as we saw previously. Someone will come in, buy their technology and won’t have as high breakeven cost as the previous company. The only way to live together is to allow demand to catch up with this extra supply that has been added.

Isn’t that ignoring the short-term nature of the agreement?

It’s difficult to see what other options they have. If they came out and said it will do two years of cutting, it would have propped up the price too soon.

Will other OPEC players be brought in to the agreement?

A conservative estimate is it will be a ’rinse and repeat.’ There will be a stern tone, with everyone being told they need to be in compliance. This will initially be fine as they will all be in maintenance season anyway. Some companies will easily comply because they have failed to invest to keep production at today’s levels. Am thinking of Venezuela and Mexico. A conventional oil well declines by a few percent each year anyway, so where some countries are saying their output will decline it is natural decline. There’ll be a lot of handshakes and smiles and then it will be up to Saudi to get the compliance rate near 100% outside maintenance season.

What other risks to oil are your clients concerned with?

A lot of clients are concerned around the 2020 regulations for the shipping industry and how much extra crude will be needed to process enough gasoil for vessels that need to switch from high-sulfur fuel to low-sulfur fuel oil. There will be a pick-up in demand for the lighter products in 2020 and we can already see that in the product curve for fuel oil.

What are the chances Brent will hit $60/b by year-end?

I don’t expect that to be a monthly average, but it may hit $60/b and drop back again. I don’t think we will see a race to $70/b. Also, we are approaching the year-end and if you are a trader in New York or London and you’ve met your target for the year, you don’t have any incentive to take a risk because your bonus depends on it. That means a lot of traders won’t be taking positions. What’s the point?