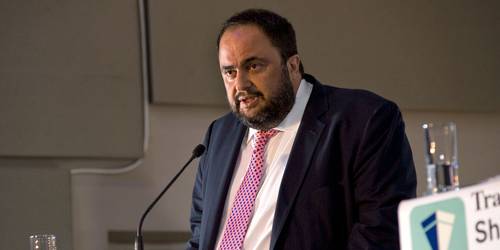 Operating surplus prior to the capital reserve and the Class B Units distributions for the quarter ended June 30, 2017 amounted to $30.5 million, a decrease of 16.7% compared to $36.6 million for the second quarter of 2016 and a decrease of 6.7% compared to $32.7 million for the previous quarter ended March 31, 2017. We allocated $14.6 million to the capital reserve during the second quarter of 2017, unchanged compared to the previous quarter. Operating surplus after the quarterly allocation to the capital reserve and distributions to the Class B Unitholders was $13.0 million for the second quarter 2017. Operating surplus is a non-GAAP financial measure used by certain investors to measure the financial performance of the Partnership and other master limited partnerships. Please refer to “Appendix A” at the end of the press release for a reconciliation of this non-GAAP measure with net income.

The M/T ‘Alkiviadis’ (36,721 dwt, Ice Class 1A IMO II/III Chemical/ Product, built 2006 Hyundai Mipo Dockyard Company Ltd., South Korea) has extended its employment with CSSA S.A. (the shipping affiliate of Total S.A.) for an additional 12 months (+/- 30 days) at a gross daily rate of $12,750 per day. The charter extension will commence in early August with the earliest charter expiration in July 2018. The vessel is currently earning a gross daily rate of $13,300 per day.

The neo-panamax charter market continued to see improving charter rates for most of the second quarter of 2017, as increased employment opportunities absorbed idle tonnage. However, the charter market remains volatile, as rates seemed to cool off in most container segments towards the end of the quarter.

Increased vessel demand led to a further decrease of the idle container fleet from 4.5% at the end of the first quarter of 2017 to approximately 2.7%.

In addition, analysts have revised their demand growth projections for containerized cargo for full year 2017 to 4.8% from 4.3% in the previous quarter.

At the same time, the expected net fleet growth for 2017 has increased from 1.7% at the end of previous quarter to 2.7%, due to a slowdown in container vessel demolition, as well as reduced slippage for newbuilding deliveries in the second quarter of 2017. Analysts estimate that approximately 278,641 TEU’s have been scrapped in the first half of 2017 compared to 268,250 in the same period last year. At the end of the second quarter of 2017, the container orderbook stood at 13.7% of the current fleet, down from 15.1% in the previous quarter, which is at the lowest level on record.

“We are pleased to have completed a major milestone for the Partnership with the arrangement of our new $460.0 million credit facility to refinance, together with available cash, substantially all of our existing credit facilities. There are many benefits to the forthcoming refinancing. First, we expect that the contemplated refinancing will give our unitholders enhanced visibility on our financial position, as this will refinance the vast majority of our debt obligations well into 2023. Second, the envisaged prepayment associated with the refinancing will significantly reduce our indebtedness with our pro forma debt to capitalization ratio amounting to 33.8% as of June 30, 2017 (after giving effect to the refinancing) compared to 39.1% as of June 30, 2017. Additionally, we believe that the dual tranche structure of our new facility greatly mitigates the refinancing risk for the Partnership in the future, as the tranche collateralized by close to two thirds of our vessels will be fully amortizing without a balloon payment at maturity of the loan. The only bullet payment upon maturity of our new facility is therefore expected to amount to $143.0 million, compared to assumed net book value of the collateral fleet of $846.1 million, assuming solely, for this purpose, depreciation and amortization in line with our accounting policies and no write offs through 2023. Finally, annual amortization under our new credit facility is expected to be lower than the amount we currently allocate to our capital reserve, in addition to any interest cost savings from our reduced indebtedness.

“We strongly believe that this transaction will further strengthen our balance sheet and will be an important cornerstone, as we turn our attention to growth. We aim, subject to market conditions and the availability of financing, to further increase the long-term distributable cash flow of the Partnership by pursuing additional accretive transactions including a number of acquisition opportunities from Capital Maritime & Trading Corp. (“Capital Maritime”), our sponsor.”

cialis without prescriptions canada
May 3, 2021