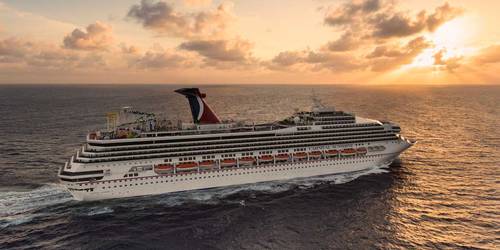 Carnival Corporation announced that it has finalized contracts with Italian shipbuilder Fincantieri S.p.A. to build five new cruise ships as part of a memorandum of agreement announced in 2015.

The five new ships include two that will be built for Costa Asia for deployment in China, two ships for Princess Cruises and one designated for P&O Cruises Australia, with deliveries expected in 2019 and 2020.

The new ships for both Costa Asia and P&O Cruises Australia are expected to be 135,500-ton vessels with the capacity to carry 4,200 passengers. The 143,700-ton, 3,560-passenger ships for Princess Cruises will be the brand’s fourth and fifth Royal-class vessels, featuring the design platform used on Royal Princess, Regal Princess and the new Majestic Princess coming in 2017.

“Today has been especially exciting for our company, our partners and our guests, as we celebrated the arrival of our amazing ms Koningsdam ship and officially signed agreements with Fincantieri to build five new cruise ships for the future,” said Arnold Donald. “Supporting our goal to exceed guest expectations on every cruise, these new ships will create a whole new level of excitement and opportunity to deliver experiences that our guests will not only remember for the rest of their lives, but will also share with others. Using our strategic fleet enhancement plan to delight our guests is an important part of our measured growth strategy, which includes replacing less efficient ships with newer, larger and more efficient vessels over a very specific period of time.”

“We are extremely proud of the strong commitment between Carnival Corporation and Fincantieri over the years, which signifies our dedication to excellence in product diversification and quality,” said Giuseppe Bono. “Today, we further strengthen the relationship with our friends at Carnival Corporation, a partnership that has enabled both groups to grow over the years and which is further reinforced by an unprecedented strategic agreement. Thanks to our strategic partnership, we look forward to the future, and the potential to develop new projects while working together to meet the challenges and take advantage of the opportunities that the market will present us.”