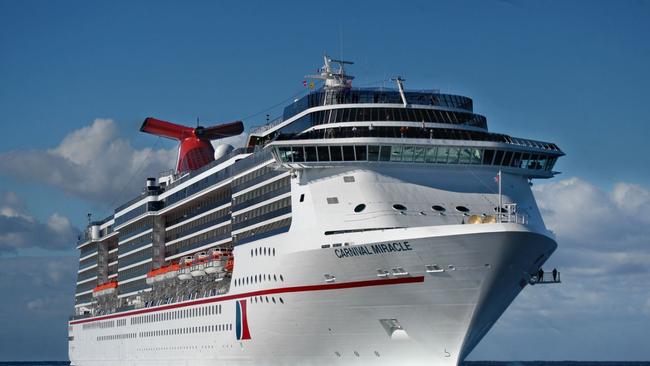 Carnival Corp reported a better-than-expected rise in quarterly revenue as it benefited from higher ticket prices and onboard spending and said it did not see any impact from “Brexit” this year.

“Despite the geopolitical events in Europe, including the Brexit vote, we remain confident in our long-term outlook,” Chief Executive Arnold Donald said on an analyst call.

Still, the “risk factors” section of Carnival’s quarterly report on Tuesday said the company could be affected by Britain’s withdrawal from the European Union, which it said could affect exchange rates and global consumer confidence.

The Miami-based cruise operator is among the first U.S. companies to flag Brexit as a risk factor.

Carnival, whose shares were down 0.5 percent at $43.43 in midday trading, has raised prices in response to growing demand for cruises in Asia and to Alaska and the Caribbean.

The company, which also announced a $1 billion share buyback, said that bookings for the rest of the year were well ahead of last year at slightly higher prices.

Onboard spending has also risen after the company added entertainment options such as casinos and IMAX theaters.

Net revenue yields, which take into account spending per available berth, rose 3.6 percent in the second quarter ended May 31 on a constant currency basis.

For the year, Carnival said it expected net yields to increase 3.5 percent compared with the 3 percent forecast earlier.

Carnival, which operates the Costa and Princess Cruise lines, raised the lower end of its 2016 profit forecast but cut the top end. It now expects earnings of $3.25-$3.35 per share, compared with its earlier estimate of $3.20-$3.40.

Carnival’s net income nearly tripled to $605 million, or 80 cents per share, helped by a one time-gain of $242 million from fuel derivatives.