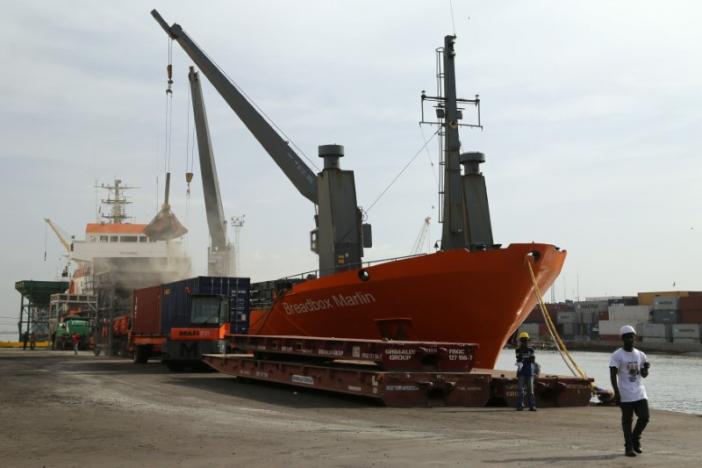 Chinese and French companies are bidding to help Gambia build up its Atlantic port Banjul to be what industry sources say could be a rival to neighboring Senegal’s Dakar.

It would be one of the first major structural changes in Gambia following the end of President Yahya Jammeh’s more than 20-year rule in January.

State-owned China Communications Construction Company (CCCC) says one of its subsidiaries has made a bid for a 140 million euro ($159.91 million) contract Gambia has launched to redevelop the port.

France’s Bollore Group has also submitted an offer to develop the port for hundreds of millions of dollars, sources told Reuters, and was part of a recent delegation of French investors to the country.

The port was run by a state agency during Jammeh’s rule. It is considered to have strategic potential thanks to its easy access to Atlantic shipping lanes.

Abdoulie Tambedou, managing director of the Gambia Ports Authority said there had already been several offers.

“The Chinese are interested in investing in the infrastructure for an overall envelope of 140 million euros,” he told Reuters in an interview. “We hope to agree the financing in the next six months.”

An official at CCCC confirmed that one of its subsidiaries was bidding for the contract, without specifying which. In a sign of their interest, a witness saw a Chinese delegation visiting the port last week.

Tambedou confirmed Bollore’s offer, without giving the price, and said this included both infrastructure costs and the rental concession.

Chinese interest in the project follows China’s resumption of diplomatic ties with former Taiwan ally Gambia last year under the “one China” policy, which states that self-ruled Taiwan is part of China. President Adama Barrow’s new government reaffirmed that position in February.

China is also a major market for Gambia’s exports, which globally are mainly peanuts, wood, cashews, fish and fruit.

Upgrading the port will take 30-36 months to complete, Tambedou said.

Gambia is poor. It ranks 173 out of 189 countries on the U.N. Human Development Index, below Haiti.

It is badly in need of key infrastructure development. There is not a single bridge across its eponymous 1,120 km (695 mile)-long river that wiggles up the length of the country, for example.

People and goods have to be shipped across on ferries – or go around.

Gambia is nonetheless seen as a key transit country for reaching remote areas of Guinea, Mali and Senegal that are easier to access from Banjul than from the countries’ own ports and capitals.

Space constraints at the port, however, mean that arriving cargo ships often have to wait at anchorage before entering.

Since the departure of Jammeh, Tambedou said that trade was picking up, with shippers sending imports such as sugar in bigger volumes than before.