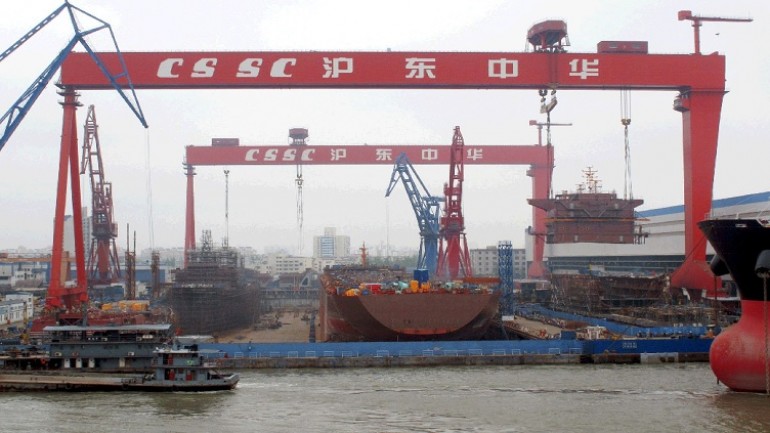 China aims to capture up to 40 percent of the global high-end marine equipment market over the years through 2020 while reforming and supporting its money-losing shipbuilding industry, the government said on Thursday.

The pledges were laid out in a statement published by six ministries on the website of the Ministry of Industry and Information Technology. The statement broadly outlined their plans for Chinese shipbuilding over 2016-2020.

The global shipping industry is suffering from a severe downturn that has sapped demand for new vessels. Many shipyards in China, which build mainly mid-to-low-end vessels such as dry bulk carriers, have shut down as a result.

In December, the China Association of the National Shipbuilding Industry said new orders for ships at Chinese yards fell 14 percent in January-November from the same period a year earlier.

“Our shipbuilding industry is facing its most difficult challenge since financial crisis, making the task to restructure and upgrade the industry urgent and arduous,” the government said in the statement.

The government said it would encourage the industry to increase spending on research and focus on building more high-end products such as offshore equipment with the aim of cornering 35-40 percent of that market by 2020. It did not disclose its current market share.

It also said it would improve the branding of its shipbuilding companies, encourage financial institutions to support the sector with loans and financing, and attract more private capital into the industry.