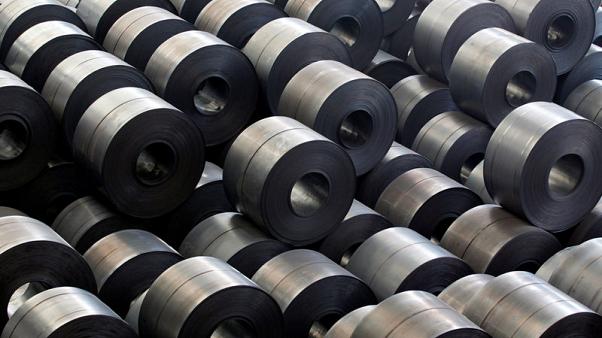 Chinese steel futures slipped back on Thursday amid abundant supply and lean demand, but steelmaking ingredient iron ore rose as traders say prices for both materials remain under pressure.

A rout in steel prices on Monday sparked a selldown in raw material iron ore as well as coking coal, but the commodities have since regained some ground.

The most-traded January rebar on the Shanghai Futures Exchange closed down 0.2 percent at 3,605 yuan ($520) a tonne, after hitting an early high of 3,665 yuan, and slipping after a two-day rise.

“Supply is still quite high and demand remains weak, it doesn’t support the current steel price,” he said, declining to be identified as he was not authorised to speak with media.

China has allowed regions to determine production restrictions instead of imposing across-the-board curbs like it did last winter for its anti-smog campaign, keeping steel output high in the world’s top producer while consumption has weakened amid a cooling economy.

“The market has been under pressure this month as profitability of steel mills has weakened,” ANZ analysts said in a note.

For the first time in three years, Chinese mills saw losses on some steel products, spurring them to rein in costs.

Mills have yet to cut steel output, instead pushing traders to not sell their products at low prices, said the Shanghai trader.

“Several mills have put a notice to traders who bought their cargoes, asking them not to sell the steel at lower prices. But if demand is really bad, traders are unlikely to follow them,” he said.

The most active January iron ore on the Dalian Commodity Exchange climbed 1.3 percent to 476 yuan a tonne, but below a session peak of 477.50 yuan.