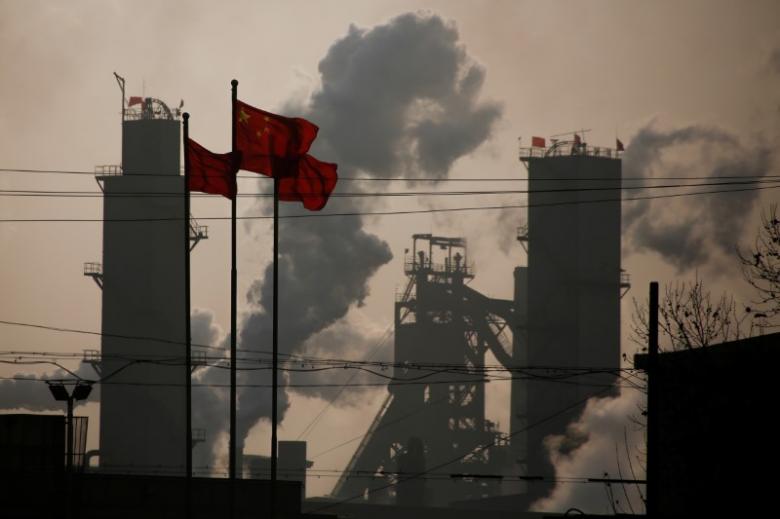 China will cut steel capacity by 50 million tonnes and coal output by more than 150 million tonnes this year, its top economic planner said on Sunday as the world’s No. 2 economy deepens efforts to tackle pollution and curb excess supply.

In a work report at the opening of the annual meeting of parliament, the National Development and Reform Commission (NDRC) said it would shut or stop construction of coal-fired power plants with capacity of more than 50 million kilowatts.

The pledges are part of Beijing’s years-long push to reduce the share of coal in its energy mix to cut pollution that has choked northern cities and to meet climate-change goals while streamlining unwieldy and over-supplied smoke-stack industries such as steel.

Speaking at the opening of parliament on Sunday, Premier Li Keqiang reiterated the government’s plan to ramp up monitoring of heavy industry and crack down on companies and officials that violate air quality rules.

“Officials who do a poor job in enforcing the law, knowingly allow environmental violations, or respond inadequately to worsening air quality will be held accountable,” he said.

“We will make our skies blue again.”

In its report, the NDRC said it would cut energy consumption per capita by 3.4 percent and curb carbon intensity by 4 percent this year.

A new round of capacity cuts was widely expected, although some executives may be disappointed the NDRC did not give an update on the government’s policy that sets a limit on the number of days thermal coal mines can operate each year.

Coal prices have rallied in recent months amid speculation the government would reinstate a limit of 276 days.

“The smaller target this year is a natural move as the government gradually replaces low-efficiency coal capacity with more efficient ones,” said Li Rong, analyst with consultancy SIA Energy.

Speaking on the sidelines of the annual meeting, industry minister Miao Wei said the government would continue to weed out low-grade steel that uses recycled material, which it says is a major source of smog and a safety hazard.