16 May 2022
by ShippingHerald Finance & Economy, Headlines, Slider, The Wire 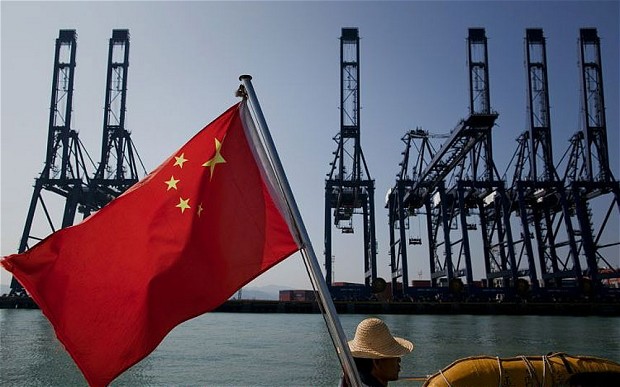 China reported a drop in retail sales and industrial production in April — far worse than analysts had expected.

Retail sales fell by 11.1% in April from a year ago, more than the 6.1% decline predicted in a Reuters poll.

Industrial production dropped by 2.9% in April from a year ago, in contrast with expectations for a slight increase of 0.4%.

Last month, the persistent spread of Covid and resulting stay-home orders — primarily in Shanghai — forced factories to close or operate at limited capacity.

The “increasingly grim and complex international environment and greater shock of [the] Covid-19 pandemic at home obviously exceeded expectation, new downward pressure on the economy continued to grow,” the statistics bureau said in a statement. The bureau said the impact of Covid is temporary and that the economy “is expected to stabilize and recover.”

Fixed-asset investment for the first four months of the year rose by 6.8% from a year ago, slightly missing expectations of 7% growth. Investment in real estate declined by 2.7%, while that in manufacturing rose by 12.2.% and that in infrastructure rose by 6.5%.

China’s passenger car production dropped by 41.1% year-on-year in April, according to the China Passenger Car Association. The auto sector in China accounts for about one-sixth of jobs and roughly 10% of retail sales, according to official figures for 2018 compiled by the Ministry of Commerce.

The unemployment rate in China’s 31 largest cities climbed to a new high of 6.7% in April, according to data going back at least to 2018.

The unemployment rate across cities rose by 0.3 percentage points from March to 6.1% in April. The jobless rate among those aged 16 to 24 was nearly three times higher at 18.2%.

For an additional sense of the scale of economic slowdown in April, other data showed a slump in business and household demand for loans.

Total social financing — a broad measure of credit and liquidity — roughly halved last month from a year ago to 910.2 billion yuan ($134.07 billion), the People’s Bank of China said late Friday.

However, Macquarie’s Chief China Economist Larry Hu said he expected the drop in credit demand would be short lived. He pointed out that on Sunday, the central government took its “first action … to save property” by cutting mortgage rates for first-time homebuyers.

The rate, which used to follow the five-year loan prime rate as a benchmark, is now 20 basis points below that.

“Today’s cut is far from enough to turn the property sector around, but more property easing would come,” Hu said in a note Sunday.

Real estate and related industries account for about a quarter of China’s GDP, according to Moody’s.