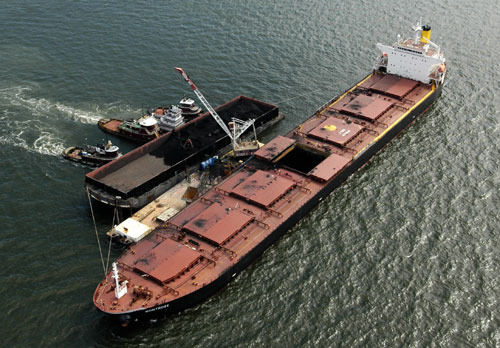 China’s coal imports in June rose 35% from a month earlier to their highest level in 2021, driven by robust demand from power generation and industrial activity in the country.

For the first six months this year, China imported a total of 139.56 million tonnes of coal, down 19.7% year-on-year, data from the General Administration of Customs showed on Tuesday.

Several regions in southern China, including Guangdong and Yunnan, ordered factories to stagger operations amid tighter power supply conditions in the second quarter.

Coal fired-power plants are building up inventory as peak summer season kicks off in the country. The Chinese state planner has also been urging power plants, coal miners and transportation hubs to build around 100 million tonnes of deployable coal reserves by the year end.

A research institute affiliated to China’s State Grid estimated electricity consumption in July to increase around 12% from a year ago.