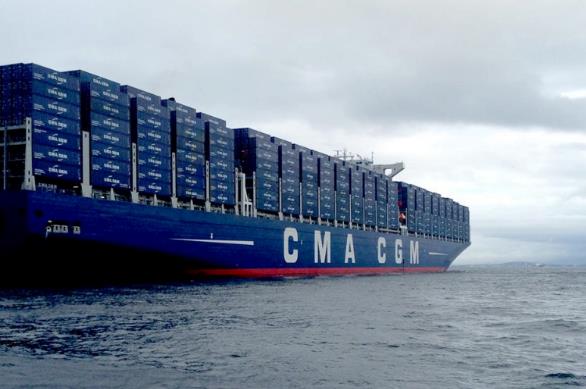 French shipping group CMA CGM has decided to pull out of Iran following the Trump administration’s decision to renew sanctions on companies operating in the country, its chief executive said on Saturday.

Some other big shipping companies like A.P. Moller-Maersk have already said they would halt business ahead of a reimposition of sanctions following the United States’ decision to pull out of the 2015 Iran nuclear accord.

“Due to the Trump administration, we have decided to end our service for Iran,” CMA CGM chief Rodolphe Saade said during an economic conference in the southern French city of Aix-en-Provence.

“Our Chinese competitors are hesitating a little, so maybe they have a different relationship with Trump, but we apply the rules,” Saade said.

He added that his company’s cooperation agreement with local Iranian partner IRISL had been suspended and that the company did not want to fall foul of the rules given their large presence in the United States.

He also said that the company had so far not seen an impact of trade tensions between China and the United States on shipping volumes, but was making preparations with a close eye on China and southeast Asia in case the situation deteriorated.