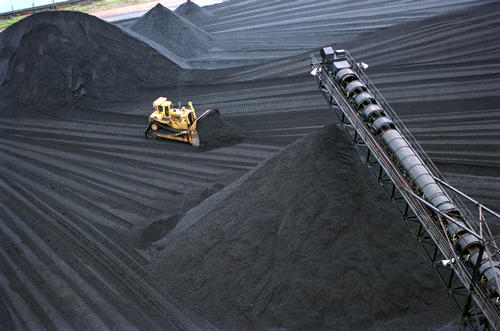 The already elevated price of coking coal could be boosted further if China decides to crack down on coal imports from its nuclear-armed neighbor North Korea.

This is significant for China’s imports of high-quality coal used to make steel, as North Korea is one of its top suppliers.

Chinese customs data show that China imported 18.517 million tonnes of North Korean coal in the first 10 months of the year, a gain of 12.8 percent on the same period last year.

The jump in imports from North Korea this year came in spite of earlier Chinese commitments to ban the coal trade with Pyongyang.

So far, the official line from Beijing is that China will meet its obligations under the U.N. Security Council sanctions, but as was the case earlier this year, it appears the commitment may not be absolute.

Earlier sanctions banning coal purchases from North Korea were not enforced by China due to an exemption allowing imports for what was translated as “the people’s well-being,” or “livelihood purposes.”

China’s Foreign Ministry said on Dec. 1 that while it will enforce the new measures, they aren’t intended to harm “normal” trade with North Korea or impact upon civilians.

“Resolution 2321 formulates new measures, showing the resolve of the Security Council, and also points out they must avoid creating adverse consequences for North Korean civilian and humanitarian needs, and are not intended to create negative effects on normal trade,” Foreign Ministry spokesman Geng Shuang said.

Once again, it will appear to come down to what Beijing considers adverse effects on the North Korean populace, and it seems that the Chinese authorities are leaving themselves some wiggle room around the sanctions.

Certainly Chinese coal traders will be happy to be allowed to continue buying from North Korea once the new measures are put in place in January.

China is believed to be the only country that buys North Korean coal, which is the biggest export earner for the dynastic communist dictatorship.

Chinese customs data classifies North Korean coal as anthracite, which is a grade of coal high in energy content, making it ideal for use in the steel blast furnaces and ceramic factories in the northeast provinces close to North Korea.

Russia is the second-largest supplier of anthracite to China, but its 1.867 million tonnes in the first 10 months is barely 10 percent of what was imported from North Korea.

Rather, the main import competitor to North Korean anthracite is coking coal from Australia and Mongolia.

Chinese imports of Australian coking coal were up 11.3 percent in the first 10 months of the year to 23.45 million tonnes, while those from Mongolia surged 75.3 percent to 17.47 million tonnes.

Stronger steel production and a policy directive from Beijing to limit domestic coal output has combined to send coking prices sharply higher as China sucked up every available tonne from the seaborne market.

These gains have been tempered in recent weeks as the Beijing authorities took actions to try to cool commodity markets, with exchanges requiring higher margins and charging increased fees.

Australian coking coal prices ended last week at $308.70 a tonne, about four times the $77 recorded at the end of last year.

With coking coal in strong demand in China, the potential loss of as much as 12 million tonnes of North Korean coal in 2017 would be a very bullish signal for prices.

It’s possible that Beijing will force domestic coking coal miners to ramp up output, and it’s also possible that imports from North Korean won’t be cut by as much as implied by the new U.N. sanctions.

But for now, coking coal’s extraordinary rally this year has just been given another reason to continue.