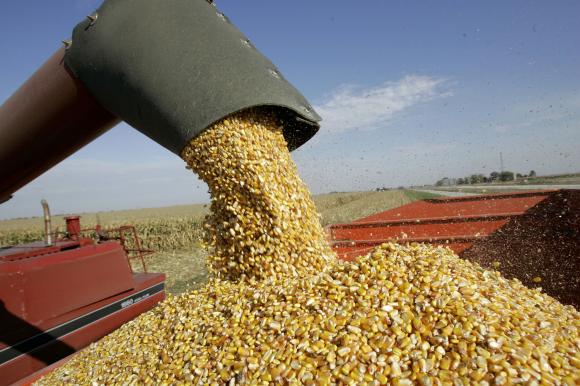 U.S. corn rose for a fifth consecutive session on Wednesday to hold around a near two-month high, supported by market expectations that a widely watched U.S. government report later in the week will show reduced yields.

FUNDAMENTALS
* Chicago Board Of Trade December corn added 0.1 percent to $3.98-3/4 a bushel after gaining 1.2 percent in the previous session when prices hit a high of $3.99 a bushel â€“ the highest since August 11.

* The U.S. Department of Agriculture, in its monthly report, may reduce estimates for the average corn yield and for the number of acres of corn and soybeans that will be harvested, analysts said.

* Wheat was supported by worries about dryness in the Black Sea region and a softer U.S. dollar, which makes U.S. wheat more competitive on the world market. * Russian Agriculture Minister Alexander Tkachev said on Tuesday that he saw Russiaâ€™s 2015/16 grain exportable surplus at 30 million tonnes.