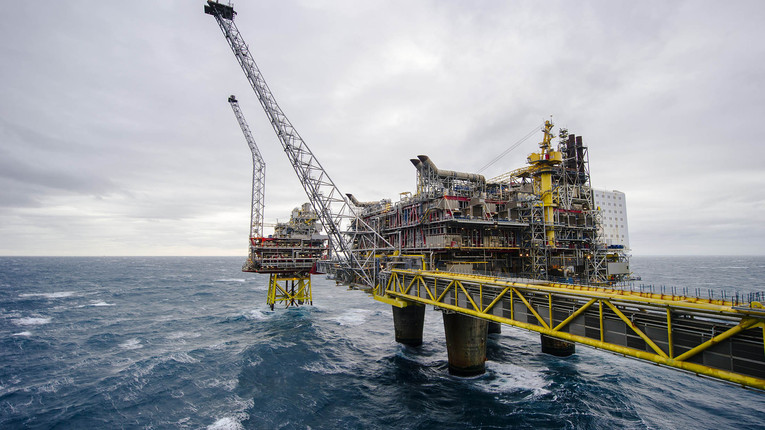 The coronavirus pandemic is delaying vital maintenance across the oil and natural gas industries in Europe and North America.

Restrictions on the numbers of contractors on rigs, pipelines and production sites are forcing companies to delay work that’s been planned for years. For refiners, last-minute changes are being made to scale back so-called turnarounds, allowing the most urgent work required by regulators to proceed while other projects have to wait.

The backlog is becoming evident across the industry: Norway’s Equinor ASA delayed maintenance at five offshore oil and gas platforms, as well as a liquefied natural gas plant. Canadian oil sands producers also pushed back their plans. Work on the main crude pipeline running from the North Sea has been put off, and Phillips 66 has postponed three major projects.

“It would be very hard to conduct a turnaround exercising social distancing,” said Fiona Rutherford, a chemical engineer and independent oil consultant, who worked on refinery maintenance projects at Exxon Mobil Corp.

Oil installations are subject to routine inspections because of the wide range of risks to workers and the environment from sites that process hydrocarbons. Eleven workers died in the Deepwater Horizon explosion in the Gulf of Mexico 10 years ago, a disaster that also released millions of gallons of oil into the sea. The U.S. East Coast lost its biggest refinery last year, when the Philadelphia Energy Solutions Inc. facility closed after a fire.

Companies are now having to set priorities because of the coronavirus. Norway’s gas network operator said it’s only reducing non-critical work. Major work scheduled at Marathon Petroleum’s giant Galveston Bay refinery in Texas City has been postponed. Finland’s Neste Oyj has scaled back a turnaround that’s long been planned for its main refinery, pushing less pressing projects into 2021.

The frustration for oil majors will be that this is the very time when taking production offline could make sense, given the slump in demand for products from jet fuel to LNG as planes are grounded and major consumers such as India curb purchases. “The risk is that a refiner will have to do their work at an inopportune time,” said Rutherford.

The delays are starting to impact forecasts on supply and demand. Energy Aspects Ltd. expects Norway’s gas production to be higher than forecast into the first half of summer. “At a minimum, this will bring forward the point in time when gas prices drop to levels that encourage producers to curtail supply,” the researcher said.

North Sea supply will also exceed expectations following the deferral of maintenance on the Forties Pipeline System that handles crude from offshore fields. Oil production in the area in June will be 330,000 barrels a day higher than previously forecast, Rystad Energy estimates. “This just adds another ripple to the growing oversupply pool of global liquids,” it said.

The market impact of maintenance delays is very much secondary when compared with the wider demand destruction that Covid-19 has caused across the petroleum industry.

Traders and executives in the industry estimate about 20 million barrels a day of demand — maybe even more — have been wiped out by the virus, leading to the rapid creation of a glut of oil and pressure to curb the supply of both crude and fuels. Those dynamics are far more important for the market than the timing of maintenance.

Still, the disruption to contractor schedules is enormous and will inevitably take time to clear, said Steve Sawyer, an analyst at Facts Global Energy. “Trying to create space in the future could be difficult,” he said.