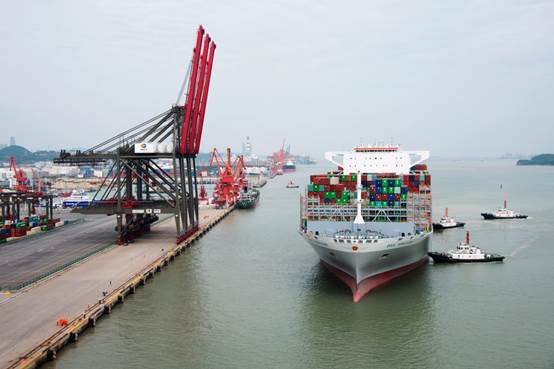 COSCO Shipping Ports ended 2017 on a high note, having more than doubled its profit.

The company’s profit attributable to equity holders reached USD 512.4 million in 2017, representing an increase of 107.4 pct compared with 2016 when the profit stood at USD 247 million.

Excluding profit after tax from one-off exceptional items in 2017 and profit in relation to discontinued container leasing, management and sale businesses in 2016, the company recorded profit attributable to equity holders of USD 227 million, a 25.5 pct increase year-on-year.

Piraeus Container Terminal in Greece and Guangzhou South China Oceangate Container Terminal Company were the main drivers of profit with regard to companies in which the group has a controlling stake, while non-controlling terminals reported a 31.5 pct increase in profit, reaching USD 241.8 million.

The better business performance was assigned to the economic recovery and growth fueled by the group’s acquisitions.

was hydroxychloroquine ever otc
November 25, 2020

was hydroxychloroquine ever otc

how strong is 20mg of vidalista

did vietnam vets get hydroxychloroquine
December 15, 2020

did vietnam vets get hydroxychloroquine

what is hydroxychloroquine used for
December 29, 2020

what is hydroxychloroquine used for

how to take prednisone 40 mg