Credit Suisse, others back initiative to factor CO2 cuts into shipping finance 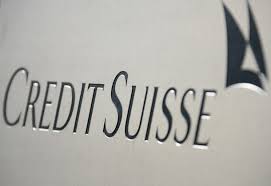 Credit Suisse, BNP Paribas and French public investment bank Bpifrance are the latest lenders to join an initiative to link provision of shipping finance to cuts in carbon dioxide emissions.

Global shipping accounts for 2.2% of the world’s CO2 emissions and the industry is under pressure to reduce those emissions and other pollution. About 90% of world trade is transported by sea.

Last year, a group of leading banks signed up to environmental commitments known as the “Poseidon Principles”, whereby financiers will for the first time take account of efforts to cut CO2 emissions when providing loans to shipping companies.

BNP Paribas and Credit Suisse announced last week that they had joined the “Poseidon Principles” and Bpifrance’s subsidiary Bpifrance Assurance Export, the French export credit agency, said on Thursday that it had also signed up.

“This initiative will not achieve sufficient results without being embraced worldwide. Current participants already endeavour to convince new members, especially in Asia.”

The principles set a common baseline to assess whether lending portfolios are in line or behind the climate goals set by the U.N. shipping agency, the International Maritime Organization (IMO).

The IMO aims to reduce the industry’s greenhouse gas emissions by 50% from 2008 levels by 2050, a target that will require the swift development of zero or low emission fuels and new ship designs using cleaner technology.

A study published this month estimated that at least $1 trillion of investment would be needed to enable the shipping industry to meet the IMO’s 2050 targets.