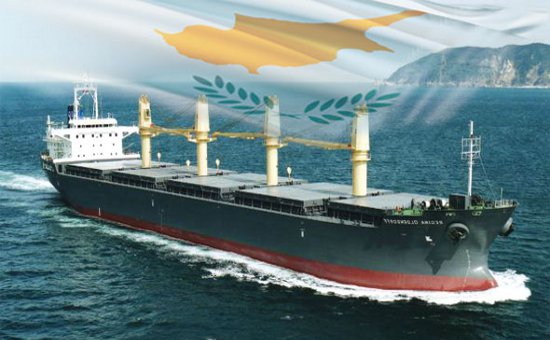 Cyprus’ shipping sector has evolved into one of the leading sectors of the economy in recent years and is navigating the island to economic recovery, Cypriot President Nicos Anastasiades has said.

In his address at the Shipping Chamber dinner in Nicosia, Anastasiades expressed the government ́s appreciation to all participants for their continuous support, the trust they placed on Cyprus shipping and its flag throughout the years, and their contribution to “the impressive development of the Cyprus Shipping Industry.”

He added that despite the international adverse economic conditions and the financial difficulties that Cyprus faced, the shipping sector had managed to maintain its competitiveness thanks to the combined efforts of the public and private sectors. The president noted that shipping had in fact evolved in the recent years as one of the leading sectors of the economy and was “navigating” Cyprus to recovery.

It was worth mentioning, he added, that the contribution of the Cyprus Shipping Chamber was invaluable. Through its work and activity it has managed to maintain shipping as the lifeline of the economy.

The government, he said, acknowledged now, more than ever, the important role that the shipping sector played in the economy.

At the same time, the government was well aware of the fact that the local shipping sector operates in a continuously evolving, highly competitive global environment, which required stability, an essential ingredient for long term planning and investment, he added.

“For these reasons, my government is determined to introduce the necessary mechanisms to protect this important sector, as well as to develop and enhance it further.”

Anastasiades reiterated the state’s intention to “continue to place priority on shipping, and to assure you that the co-operation which exists between the government and the Cyprus Shipping Chamber will not only continue, but will be enhanced.”

The president said that this year’s official dinner came at a time when a positive momentum had been created, both in terms of “our continuous efforts to reach a comprehensive settlement of the Cyprus problem, as well as the developments in the exploration and exploitation of our natural resources”.

“A viable and functional solution to the Cyprus problem will inevitably lead to the lifting of Turkish restrictions on Cypriot ships. We will continue working tirelessly towards this end. It is my personal view that shipping can act as a catalyst in the stability and further development of the Eastern Mediterranean region,” he said.