Demetriades told the Commissioner that Cyprus wishes its tonnage tax scheme to remain unchanged, adding that it will ensure the shipping registerâ€™s competitiveness.

The Minister said in a statement that the scheme was approved in 2010 by the European Commission as compatible with the acquis communautaire and relevant guidelines on state aid in maritime transport.

Demetriades stressed that Cyprus would not look favorably on a future change. He added that the scheme should be maintained and, if necessary, improved upon with a view to achieving competition on equal terms on a global level between the EU and third countries. 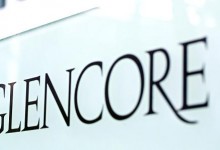 Glencore has extended a charter for the 2020 Bulkers’ ‘Bulk Shanghai’ bulk carriers. 2020 Bulkers…