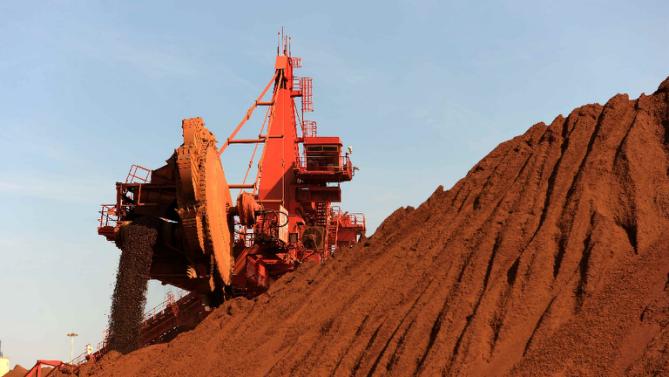 Benchmark Dalian iron ore fell for a second consecutive session on Thursday as the outlook for Chinese demand darkened, with Beijing turning more aggressive than expected in imposing steel output controls in the first quarter of 2022.

The government, seeking to curb steel production to ensure clean air, has asked mills in more cities in northern China to cut output from Nov. 15 to March 15.

That weighed on sentiment in a market already edgy on fears of a wider fallout in China’s property sector after the crisis at China Evergrande Group and a worsening energy crunch.

The most-traded January iron ore on China’s Dalian Commodity Exchange ended daytime trading 2.9% lower at 736 yuan ($114.37) a tonne, after touching 712 yuan earlier in the session, its weakest level since Sept. 30.

China’s steel output reduction target in the first quarter of 2022, when the Olympic Winter Games are scheduled to take place in Beijing and the neighbouring Hebei province, was “more aggressive than market expectation”, Citi analysts said.

“If we assume the rest of the country keeps steel production flat, national steel output in 1Q22e should decline by 12% YoY, following 5% YoY growth in 8M21 and 9% YoY decline over September to December 2021,” the analysts said in a note.

Spot iron ore in China traded at $126.50 a tonne on Wednesday, 46% off its record peak in mid-May, based on SteelHome consultancy data.