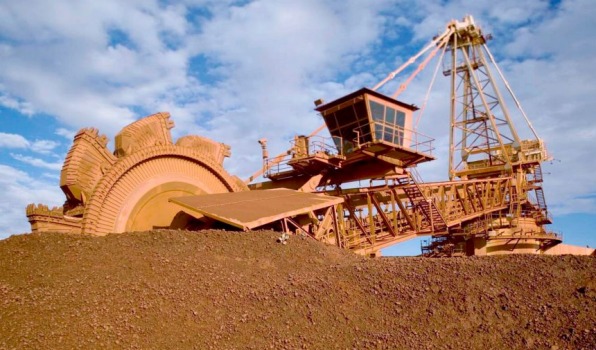 Dalian iron ore slumped to its lowest in four weeks on Wednesday, pummelled by stricter anti-pollution measures in China’s top steelmaking city of Tangshan and easing concerns about supply of the raw material.

“The blast furnace production restriction policy in Tangshan area has become stricter, but the time involved is relatively short, and the impact on the demand for raw materials may be relatively limited,” Sinosteel Futures analysts said in a note.

The government in Tangshan in the smog-prone northern Chinese province of Hebei has issued several emission-control rules since February restricting steel mills’ operations.

Tracking steep losses in the futures markets, spot iron ore sank to $166 a tonne on Tuesday, from $176 a day earlier, SteelHome consultancy said.

On the supply side, persistent tight supply concerns have eased as imported iron ore piled up at China’s ports to a three-month high of 129.50 million tonnes as of last week, based on SteelHome data.

* The inventory of Brazilian iron ore in China has risen to an all-time high, said Robert Rennie, head of financial market strategy at Westpac in Australia.

* Supply of Australian fines has also increased in the absence of cyclones and with Chinese steelmakers favouring lumps and pellets, according to Erik Hedborg, iron ore analyst at CRU in London.