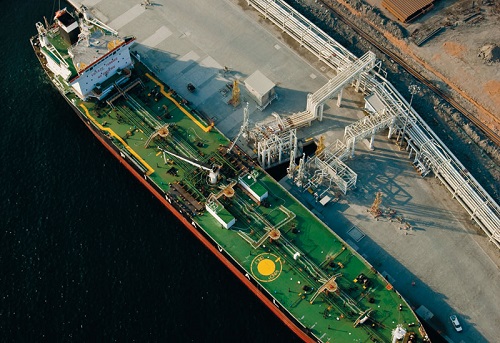 Predicting the future is a difficult business and those involved in shipping know this fact better than most. However, following significant oil tanker contracting in 2014 and early 2015, it didn’t require a soothsayer to foresee that deliveries were likely to rise in 2016. Indeed, in the first eight months of 2016 oil tanker deliveries have risen 58% y-o-y to 18.8m dwt, but how has this been split across the sectors?

Past Predicting The Future?

In the first eight months of 2016, deliveries of oil tankers over 10,000 dwt have increased by 58% y-o-y in tonnage terms to 18.8m dwt. This has largely been driven by crude tanker deliveries more than doubling, following relatively subdued levels in both 2014 and 2015. A total of 27 VLCCs of a combined 8.2m dwt have been reported delivered so far in 2016, already a greater level than seen in both full year 2015 and 2014, when 6.2m dwt and 7.6m dwt was delivered respectively. A similar pattern has also been evident in the Suezmax sector.

Meanwhile, monthly delivery levels of product tankers of 10,000 dwt and above have remained relatively steady y-o-y so far in 2016 and have totalled 6.3m dwt in the first seven months of the year. Deliveries of MR tankers have been relatively flat y-o-y, averaging 0.4m dwt per month to total 3.0m dwt in the first seven months of 2016. However, LR1 deliveries have increased sharply y-o-y, although this is partly due to a dearth of deliveries in 2015, when just two LR1 tankers were delivered during the full year.

Looking At The Crystal Ball

So far in 2016, oil tanker delivery levels have been broadly met expectations, with estimated ‘non-delivery’ of the scheduled orderbook fairly steady y-o-y at around 30%. A further 13.3m dwt of oil tanker tonnage is projected to be delivered in the rest of 2016, of which 9.7m dwt is crude tonnage. This is projected to drive crude tanker fleet growth to 5% this year, the highest level since 2011. Meanwhile, the rate of product tanker fleet growth is expected to remain significant in 2016, at around 6%. Looking to 2017, the oil tanker fleet over 10,000 dwt is projected to continue to grow firmly, by 5%, with deliveries expected to remain relatively steady y-o-y at 29.4m dwt, although Suezmax deliveries are projected to increase 70%.

So, whilst overall demand growth for oil tankers looks set to be broadly similar in 2016 when compared to 2015, the rise in deliveries has been one of the major changes in market dynamics this year. With deliveries expected to remain at an elevated level in 2017, it doesn’t take a crystal ball to see that managing this additional tonnage looks set to be a key challenge going forwards.