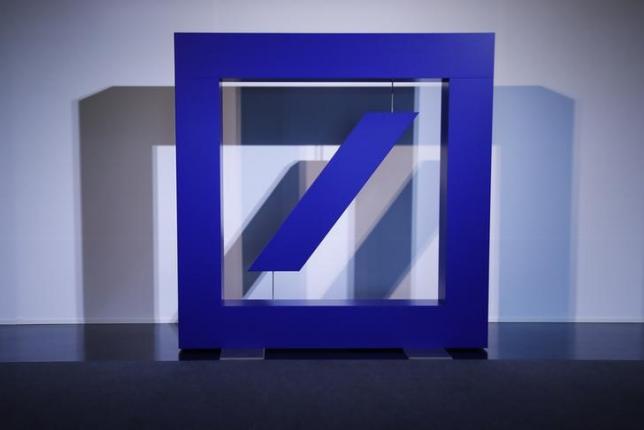 Deutsche Bank is looking to sell at least $1 billion of shipping loans to reduce its exposure to a sector whose lenders face closer scrutiny from the European Central Bank, sources told Reuters.

While the oil tanker trade has picked up, the container and dry bulk shipping industries are struggling with their worst downturn due to a glut of ships, a faltering global economy and weaker consumer demand.

Banking and finance sources familiar with the matter said Germany’s biggest lender was initially looking to offload at least $1 billion.

“They are looking to lighten their portfolio and this includes toxic debt. It makes commercial sense to try and sell off some of their book,” one finance source said. “They are not looking to exit shipping.”

Deutsche Bank, which has around $5 billion to $6 billion worth of total exposure to the shipping sector, declined to comment.

Germany was one of the world’s main centers of global ship finance before the 2008 financial crisis, and lenders there still have around 80 billion euros ($88.62 billion) on loan to the sector.

Deutsche Bank’s ratio of non-performing loans stands at about 5 percent, compared with 10 to 15 percent among competitors, one banking source estimated.

Reuters reported last month that the European Central Bank has launched a review of banks’ lending to the shipping sector. This has raised concerns among lenders that they may be required to set aside more capital and make higher loss provisions against loans to the industry.

“Every bank with a significant amount of shipping loans is evaluating options to sell some of them. The ECB probe has encouraged banks even more to pursue sales,” another banking source said.

“However, it is difficult to agree with buyers on the mix of the portfolio such as performing, less performing, non-performing loans and different types of ships.”

Deutsche Bank’s global head of ship finance Klaus Stoltenberg said last month that banks would be forced to mark down their loans and adjust portfolios to market values over the next two years.

Deutsche will join other German banks, including state-owned lender HSH Nordbank and NordLB, who are trying to sell off shipping loans.

Royal Bank of Scotland is also looking to divest its Greek ship finance business, which is worth around $3 billion, Reuters reported in June.

“It is going to become a more crowded market place and any buyers for these portfolios will want a bigger discount now,” another finance source said.

NordLB as well as HSH, Commerzbank, DVB and KFW, have set aside more capital and made higher loss provisions against loans to the industry.

Deutsche Bank has embarked on an overhaul of its overall business. The International Monetary Fund said last week the bank’s links to the world’s largest lenders made it a bigger potential risk to the wider financial system than any other bank.