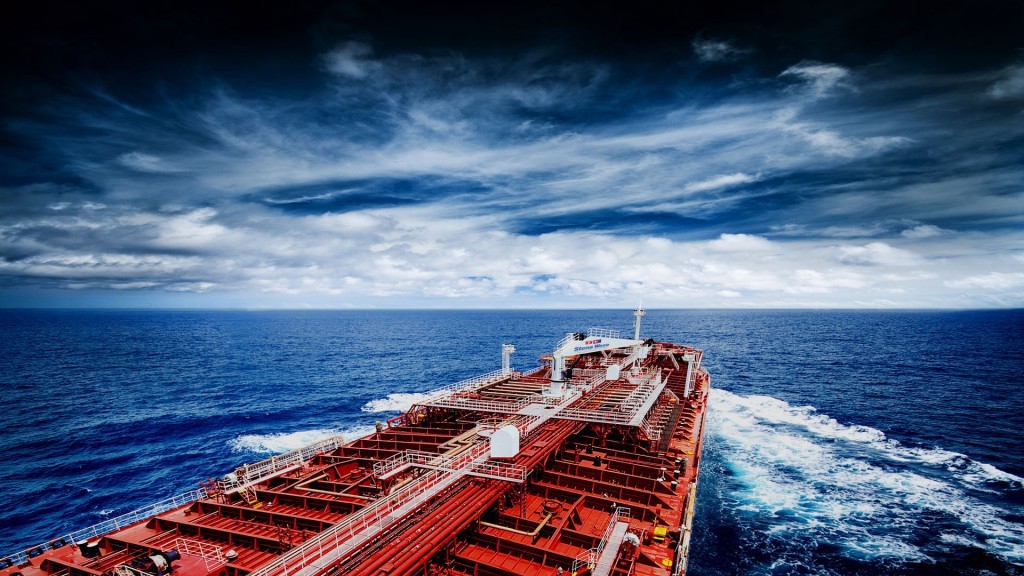 Crude oil and product tanker markets alike have faced high volatility in recent weeks and months, largely due to geopolitics and the constantly evolving situation in the global oil markets. The first major disturbance since the fall in the oil price between Q4 2104 and Q1 2016 came in the fourth quarter of 2019, after which freight rates have bounced back despite a collapse in demand.

In these extraordinary times, the freight rates are driven by external forces rather than the supply and demand fundamentals of the oil tanker market. However, as the situation slowly begins to normalise, these fundamentals will once again take over with overcapacity being a recurring problem.

“The volatility currently experienced by the tanker market, and the record high freight rates across many of the sectors in particular, dwarfs the ups and downs which were seen in the majority of the previous decade. The market cannot rely on geopolitics to keep rates this elevated in the longer term and the oil tanker market will once again feel the pressure of its poor fundamentals,” says Peter Sand, BIMCO’s Chief Shipping Analyst.

Much longer crude oil hauls as US starts exporting

Measured in tonnes, growth in demand for oil product tankers has exceeded demand growth for crude oil tankers, up 18.1% and 6.3% respectively. However, over the course of the decade, the average sailing distance for crude oil tankers has increased, meaning that the 6.3% growth in tonnes has translated into a 21.1% increase in tonne mile demand. Oil product tankers on the other hand, have seen tonne mile demand rise at a slightly slower pace than demand measured in tonnes, as the average sailing distance has decreased slightly. Only four years saw demand growing faster than the fleet

The crude oil tanker fleet experienced its highest growth rate in 2011 with 6.5% growth. In absolute terms, 2019 had the largest increase in fleet size, with growth of 6.2% meaning an additional 26.5 million DWT was added to the market that year. Much of this came from the net addition of 63 VLCC tankers to the fleet.

2014 saw the lowest growth, with the fleet growing by just 1.7 million DWT, or just 0.5%. However, as demand fell in 2014, this was yet another year in which the fleet grew faster than demand, worsening the fundamental balance in the oil tanker market.

Compared to the freight rates that we have seen these last few weeks and months, those in the previous decade look low, and certainly, earnings did not reach the peaks that we have recently experienced. In the crude oil tanker market, average annual earnings were above breakeven levels half the time for VLCCs and Suezmax ships, whereas Aframax ships saw only four years with average earnings covering both OPEX and CAPEX costs. BIMCO estimates that a VLCC needs USD 25,000 per day to breakeven, a Suezmax USD 20,000 per day and an Aframax USD 17,000 per day. 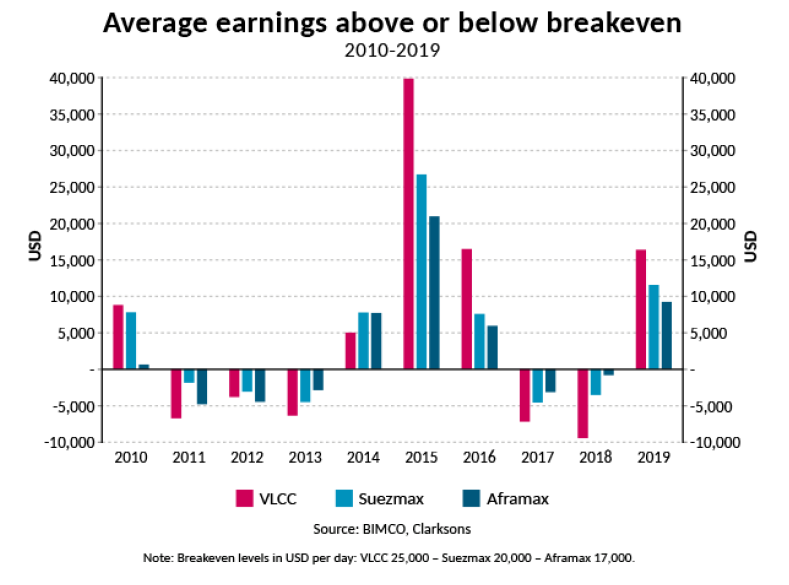 A VLCC crude oil tanker earned on average USD 30,294 per day over the course of the decade, comfortably above the USD 25,000 per day needed to break even. This illustrates that more money was made in the profitable years than what was lost in those with average earnings below breakeven.

“That the worsening of the fundamental balance was not always reflected in earnings is testament to the fact that, while not as obvious as it has been over these past months, geopolitics have always played an important role in the tanker shipping industry. It will continue to do so in the future, helping to shore up earnings which would otherwise be much lower if solely reflecting the market fundamentals,” says Sand.