Dollar up as selloff pauses, inflation in focus 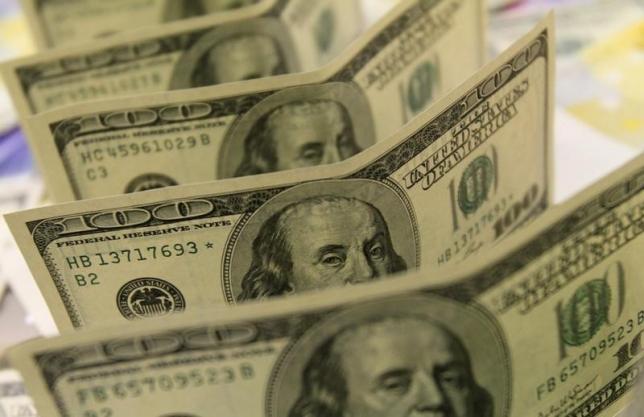 The U.S. dollar gained slightly on Monday as investors repositioned after disappointing inflation data on Friday sent the greenback to its lowest levels in more than two weeks, and with no major U.S. releases on Monday to sway direction.

That came after minutes from the Federal Reserve’s September meeting released on Wednesday showed that Fed policymakers had a prolonged debate about the prospects of a pickup in inflation and the path of future interest rate rises if it did not.

“We’ve got a lot of negative news priced in,” said Mark McCormick, North American head of FX strategy at TD Securities in Toronto.

“We’re just seeing some squaring up of positioning now, we’ll probably see it for the next day or two, and then I think we’ll focus a bit more back on the negative U.S. outlook,” McCormick said.

The dollar index against a basket of six major currencies rose 0.22 percent to 93.287. It fell to 92.75 on Friday immediately after the consumer price data, the lowest since Sept. 26.

Traders expect the Fed to raise rates at its December meeting, but are less bullish on further increases next year, even as Fed projections show that three additional rate hikes are likely in 2018.

“U.S. data surprises have started to accelerate a little bit, but the big key is U.S. inflation surprises have been underperforming the rest of the world,” said McCormick.

The dollar alo gained after Bloomberg on Monday reported that U.S. President Donald Trump was impressed with Stanford University economist John Taylor during an interview for Fed Chair.

Taylor is seen as more hawkish than Yellen.

The euro was also weaker after an election in Austria put conservative Sebastian Kurz on track to become the country’s next leader.

Spain also moved closer on Monday to imposing central rule over Catalonia to thwart its push for independence after Catalan leader Carles Puigdemont missed an initial deadline to make his intentions clear.