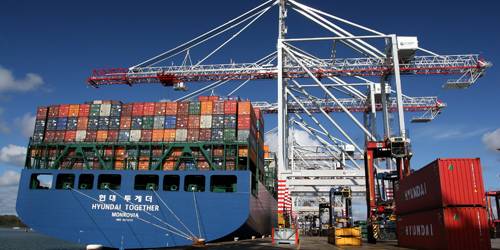 DP World has purchased the remaining 49% stake in its terminal at the Port of Southampton from Associated British Ports (ABP), making it the sole owner of the operation, as well as extending its license agreement until 2047.

“We are delighted to announce the 25 year extension of the license agreement for DP World Southampton, which is one of the most efficient terminals in the UK and the only deep-sea container terminal on the south coast of England,â€ said chairman Sultan Ahmed Bin Sulayem. â€œAlso, through full ownership of DP World Southampton, we will now be able to combine with DP World London Gateway, the newest deep-sea container terminal and logistics park at the heart of the UKâ€™s biggest consumer markets, to offer our customers the best possible service and long term growth in the UK. A unique and very exciting proposition.â€