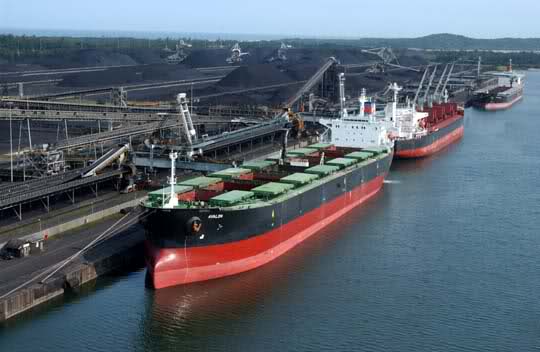 Dry bulk shipping faces more earnings pain as a slowdown in commodities demand and a glut of ships are expected to pile on the pressure well into 2016, ship industry players said on Wednesday.

The dry cargo shipping industry has been hit hard this year by the global commodities meltdown with average earnings for large capesize ships â€“ which haul iron ore and coal â€“ barely covering operating costs this year and overall dry bulk rates falling to their lowest levels in decades.

â€œOur view is that the first half of 2016 is going to be challenging especially as a lot of the new buildings (new ships on order) that were supposed to be delivered in 2015 are being pushed back to 2016,â€ Christos Begleris, co-chief financial officer with Star Bulk, told a Capital Link shipping conference in London.

â€œMost of those would have to be delivered in 2016 and therefore the supply-demand equation is going to be challenged in the first half of the year.â€

â€œThe market needs to rebalance and work on the supply side,â€ Ismar told the conference.

The tough conditions have been compounded by slowing demand for industrial commodities in China and orders for ships expected to be delivered in coming months.

â€œThe uncertainty in China is not to be under-estimated  China is in a transition,â€ said Herman Billung, chief executive with Bermuda-headquartered owner Golden Ocean. â€œMy view is it is more a supply driven situation than demand driven right now.â€

â€œNo one knows exactly when the market will recover. The number one priority is to preserve cash,â€ said George Achniotis, chief financial officer with Navios Maritime Holdings.