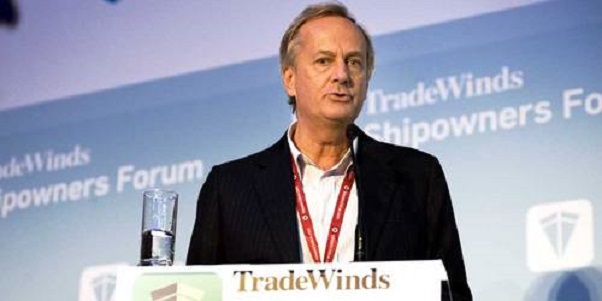 DryShips announced that, subject to definitive documentation, it has reached an agreement with Sifnos Shareholders Inc. (“Sifnos”), an entity controlled by our Founder and Chairman Mr. Economou, for the refinancing of the majority of its outstanding debt under a virtue of a new senior secured revolving facility.

Under the terms of the New Revolver, Sifnos will extend a new loan of up to $200.0 million secured by all of the Company’s present and future assets except the MV Raraka which will continue to be financed by its existing commercial lender. The new loan will carry an interest rate of Libor plus 5.5%, is non-amortizing, has a tenor of 3 years, has no financial covenants and will be arranged at a cost of 2.0%. In addition, Sifnos will have the ability to participate in realized asset value increases of the collateral base in a fixed percentage of 30%.

Following the repayment of $33.5 million under the previous Sifnos facility and the write-off of approximately $1.6 million of overdue interest under the ex-HSH Syndicated Facilities, we expect the following year-end approximate balances:

The Company also expects to enter into new agreements with TMS Bulkers Ltd. and TMS Offshore Services Ltd. entities (“TMS”) controlled by our Chairman Mr. Economou, to streamline the services offered by its managers as of January 1, 2017. In connection with the new agreements that entail an increased scope of services to be provided by TMS, including executive management services, the Company will terminate the consulting agreements with Fabiana Services S.A., Vivid Finance Limited and Basset Holdings Inc., entities controlled by our Founder and Chairman Mr. George Economou and our President Mr. Anthony Kandylidis. The all-in base cost for providing the increased scope of services will be reduced to $1,644/day per vessel, that is a 33% reduction from current levels, basis a minimum of 20 vessels, decreasing thereafter to $1,500/day per vessel.

Lastly, the Board of Directors has appointed Mr. Anthony Kandylidis as President and Chief Financial Officer and Mr. Dimitris Dreliozis as Vice President, Finance.

“We are delighted to announce a series of positive developments for the Company. We appreciate the support shown by our Founder to restore our balance sheet. Following the closing of our successful equity offering and putting the New Revolver in place, we will have total available liquidity of between $119.0 million and 129.0 million that will not only give us comfort to fund operations but also gives us the opportunity to evaluate the possible acquisition of assets at distressed values. We believe that given where we are in the cycle in both the tanker and drybulk markets, we are faced with a unique entry point to acquire vessels in these sectors at historic low prices. Together with the support of our manager TMS and the revised agreements that provide for full scalability, we will make DryShips great again.”