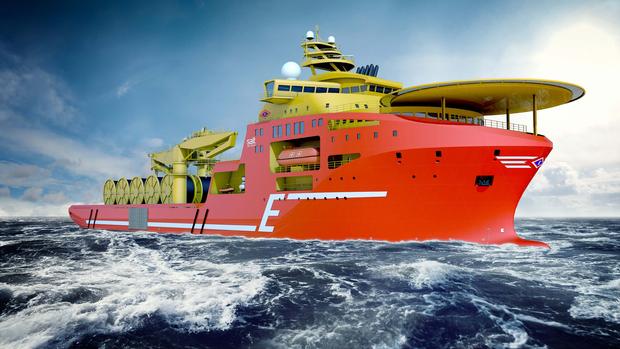 Eidesvik Offshore ASA with subsidiaries has reached an agreement with its lenders on a reduced amortization scheduled from 01.01.2018 to 31.12.2022. All formal conditions are expected to be in place by 31.01.2018.

The main content of the agreement with the lenders are:
Eidesvik receives a reduction of 72.5% of ordinary installments until 30.06.2021 and then normal installments are paid.

— Certain repayments up-front: 75% of the proceeds from sale of tradeable CGG bonds will be applied to reduce secured debt.

— The loan agreements’ financial conditions are set aside during the agreement period and replaced with liquidity requirements of kr. 125 million positive working capital (incl. 50% of installments in the next 12 months).

— A cash sweep scheme has been agreed above certain thresholds.

— Eidesvik is being added a new equity of NOK 150 million, of which NOK 30 million is conversion of debt to Eidesvik Invest AS.

With these agreements, the Eidesvik Offshore ASA Group is secured a safe financial position in the next few years, although the market may continue to be difficult for a period.

“The Board of Directors in Eidesvik Offshore ASA are very pleased, after long negotiations with the banks, have established a satisfactory solution that safeguard the business of the Eidesvik Offshore Group. We are also very grateful that our owners contributing with new equity in order to achieve an acceptable financial solution going forward. “Says Kolbein Rege, Chairman of the Board.