26 Apr 2016
by ShippingHerald Headlines, In Depth, Shipping News, The Wire 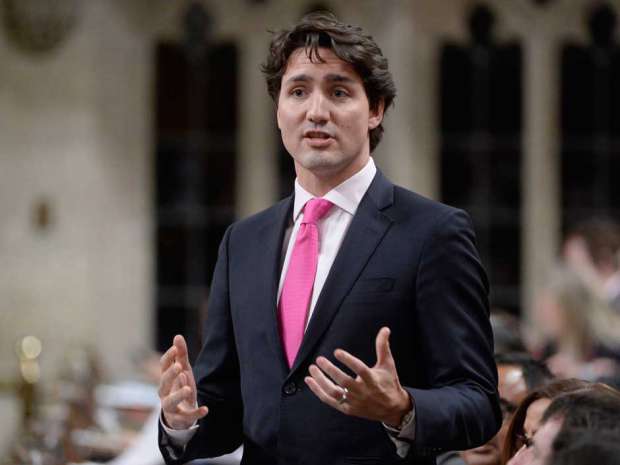 Enbridge Inc.’s Northern Gateway pipeline may get a new lease on life as the Canadian government wavers on a planned tanker moratorium that was previously thought to spell the end for the project.

Officials are weighing what types of petroleum products may be exempt from any moratorium, and whether certain tankers could be allowed, according to people familiar with the matter, who spoke on condition of anonymity because the talks are private.

Prime Minister Justin Trudeau pledged in November to “formalize a moratorium on crude oil tanker traffic” on British Columbia’s northern coast. But cabinet ministers are noncommittal on its precise implications, while federals officials have regularly declined to comment on Northern Gateway’s prospects.

“It’s a formalized moratorium and, when we have worked out exactly what that means, we’ll let you know,” Transport Minister Marc Garneau, who is responsible for implementing the measure, said in an interview this month. Asked in a separate interview whether the moratorium pledge means Gateway is dead, he said: “It’s premature to say anything.”

The country’s oil industry, constrained by its reliance on the U.S. as the main destination for crude exports, is seeking new markets. Delays and opposition to pipeline projects are hampering that effort, leading to bottlenecks and discounts in Canadian heavy oil, which trades about $14 a barrel lower than North American benchmark West Texas Intermediate.

The 1,177 kilometer (731 mile) Northern Gateway would carry diluted bitumen from Alberta’s oil sands through British Columbia for shipment to Asia. The pipeline, now expected to cost more than the initial C$6.5 billion ($5.1 billion) price tag, was first proposed about a decade ago.

Alberta Premier Rachel Notley met with Trudeau Sunday evening in Kananaskis, saying she spoke to the prime minister about “the importance of getting a pipeline built so we can get Alberta’s energy product to market.”

Several federal government officials declined this month to say Northern Gateway is dead, or whether the moratorium will amount to a ban on tanker traffic altogether. Trudeau said in 2014 that Gateway “will not happen” if he becomes prime minister. His spokesman, Cameron Ahmad, acknowledged the prime minister’s earlier comments against the pipeline while declining to comment on whether his position remains the same.

Notley changed her skeptical stand on Northern Gateway after seeing progress on some of the project’s hurdles and speaking to people involved who are “optimistic” about the pipeline’s chances, said the premier’s spokeswoman Cheryl Oates.

Enbridge’s shares were down 1 percent to C$53.28 at 10:36 a.m. Monday in Toronto. The stock is up about 3.4 percent since Northern Gateway was given the nod by the previous government of Stephen Harper in June 2014. Energy stocks in the Standard & Poor’s/TSX Composite Index are down 35 percent as a group over that period.

Northern Gateway is the country’s only major pipeline proposal with federal government approval. Facing opposition from communities along the route, Enbridge is still working to build support with aboriginal groups before making a final investment decision ahead of its permit expiring at the end of the year.

With Kinder Morgan’s Trans Mountain expansion and TransCanada Corp.’s Energy East projects facing hurdles of their own, a shift in the government’s approach to the tanker ban may give Gateway the best chance of moving forward.

The clock is ticking. Enbridge must file shipping agreements by the end of June and begin construction by Dec. 31 to avoid losing its permit. Amid the uncertainty, the company believes Trudeau doesn’t have the legal authority to implement a blanket ban, according to people familiar with the company’s thinking.

Enbridge wants to “move forward” on Northern Gateway, said spokesman Ivan Giesbrecht when asked about the moratorium. “Building support is the number one priority right now,” he said. Indigenous partners are in discussions with Trudeau’s government about the ban, while Enbridge isn’t part of those talks.

British Columbia’s northern coast is home to numerous indigenous communities that have traditionally relied on the Pacific for food and transportation. The Gitga’at who live at the mouth of the Douglas Channel vigorously oppose oil tanker proposals, arguing a spill would devastate their way of life.

Canada may also face opposition from the U.S. if it tries to implement the ban in disputed waters at the Dixon Entrance boundary between British Columbia and Alaska, whose Governor Bill Walker is unaware of any proposed tanker ban in the region, according to a spokeswoman.

U.S. opposition “is a possibility,” Garneau said. “We’re not sure at the moment. We’ll see how we go about it.”

Gerald Graham, a marine expert based in Victoria, British Columbia, said there are some examples of marine areas where tankers are banned. They include the Olympic National Marine Sanctuary off the west coast of Washington State. The International Maritime Organization designates so-called ATBAs — Areas to be Avoided — where all ships or certain classes of ships are prohibited to protect the environment.

Enbridge has proposed a “world-class” response system and tug boat escorts for tankers in the 90-kilometer long Douglas channel to address oil-spill concerns. The British Columbia government has opposed both Northern Gateway and the Trans Mountain expansion on the grounds not enough has been done to mitigate risks.

British Columbia won’t support a heavy-oil pipeline unless the project meets five conditions, including environmental approval and spill response. The province will “continue to work with industry, First Nations, communities and the federal and other provincial governments to ensure the five conditions are met,” Minister of Natural Gas Development Rich Coleman said in an e-mail.

The debate hinges on “what petroleum products will be captured by the moratorium,” said Kai Nagata of the Dogwood Initiative, an environmental group that opposes the pipeline. He added they were told to expect legislation on the moratorium this year. “It would be quite a stunning reversal for people in British Columbia were the government to walk back its promises of a formal tanker ban.”