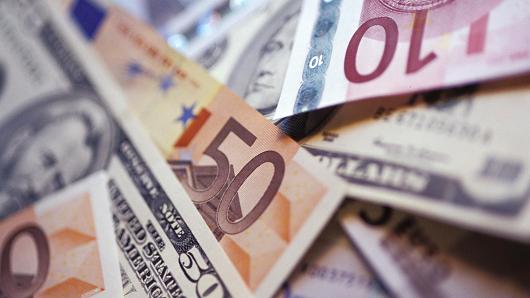 The euro rose against the U.S. dollar on Monday, just shy of the three-year high touched last week, as market participants awaited the outcome of the European Central Bank’s meeting on Thursday for possible clues to future shifts in the bank’s monetary policy.

News of U.S. senators striking a deal to lift a three-day government shutdown failed to give a lasting boost to the weak dollar.

The euro was up 0.3 percent against the greenback at $1.2257, with traders focused on upcoming central bank meetings.

The ECB is unlikely to ditch a pledge to keep buying bonds as rate setters need more time to assess the outlook for the economy and the euro, three sources close to the matter have said.

Investors also await a Bank of Japan policy announcement on Tuesday. Analysts do not expect Japan to signal any policy shift.

“Generally speaking the majors are all holding in familiar territory here ahead of a busy week of economic news and data, particularly on the central bank front,” said Omer Esiner, chief market analyst, at Commonwealth Foreign Exchange in Washington.

“If we get kind of status quo statements from both central banks, which is very likely, that could provide a little bit of a boost for the dollar,” said Esiner.

The idea of other major central banks moving closer to more normal policies has been a key headwind for the dollar over the last year.

The dollar index, which measures the greenback against six rival currencies, was down 0.2 percent at 90.388, close to a three-year low.

The index briefly pared losses on news that U.S. senators struck a deal to lift a government shutdown, but retreated soon after.

“The shutdown was definitely a negative for the dollar, so steps to reopen the U.S. government for business are good,” said Alfonso Esparza, senior currency analyst at OANDA in Toronto, said.

However, underlying concerns about U.S. political uncertainty lingered and were a negative for the dollar, Esparza said.

Sterling was up about 1 percent against the dollar, reaching its highest level since the vote for Brexit in June 2016, on optimism that Britain will reach a favourable divorce deal with the European Union.