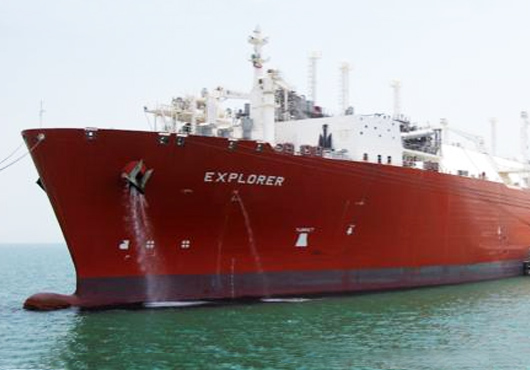 Exmar announced its LNG business earned US$34.5 million in 2015, a rise of 43 percent as compared to the year before.

The shipping company said in a statement the operating result (EBIT) for its LNG business for the fourth quarter was $9.7 million.

– EXMAR prolonged the option period for the second FLNG at Wison Offshore and Marine until the end of 2016 – Offshore assets performing as per contracts. Ongoing interest for the low-cost OPTI® development concept

Cash Flow from Operations (EBITDA as per Proportionate Consolidation Method) for the year 2015 was USD 116.7 million and the Operating Result (EBIT) was USD 71,4 million.

Exmar said it remains committed to long-term charter, and is therefore “not directly impacted by the rate fluctuations on the worldwide market“.

The 138,000 cbm LNG tanker Excel is currently employed until end January. According to Exmar, discussions on future employment of the vessel are on-going.

The construction of the floating liquefaction unit Caribbean FLNG at Wison Heavy Industry in Nantong, China is progressing and commissioning of the unit has started, Exmar said.

Exmar is working together with Pacific Exploration and Production (PRE) to find alternative employment for the FLNG unit.

The company also said it prolonged the option period for a second FLNG at Wison Offshore and Marine until the end of 2016 and is therefore “perfectly positioned for a potential turnaround in energy prices during the course of 2016“.

According to Exmar, the FSRU under construction at Wison is progressing as planned and the unit is expected to be delivered by end 2016.

Exmar added it is in several negotiations for long-term employment of the unit.