Explainer: Why are pirates attacking ships in the Gulf of Guinea? 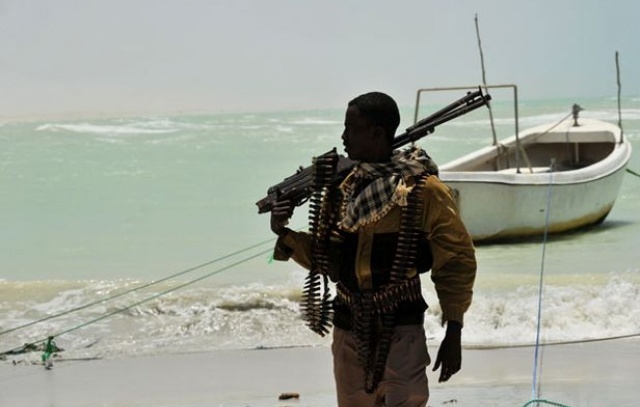 Pirates are stepping up attacks on ships in West Africa’s Gulf of Guinea, defying regional navies. On Saturday, pirates off Nigeria kidnapped 15 sailors from a Turkish container ship and killed one.

Pirates in the Gulf of Guinea kidnapped 130 seafarers in 22 separate incidents last year, accounting for all but five of those seized at sea worldwide.

WHO ARE THE PIRATES AND WHY ARE THEY ATTACKING?

The pirates come from Nigeria’s turbulent Niger Delta, experts say. The region produces the bulk of the nation’s petroleum, but is woefully underdeveloped, scarred by pollution and has some of the highest unemployment in the country.

Bands of men desperate for money engage in a variety of illegal but lucrative activities, including kidnapping, stealing and refining oil, and piracy.

They often bring the kidnapped crew to the creeks that snake through the swampy region.

WHY ARE THE PIRATES KIDNAPPING MORE SAILORS?

The International Maritime Bureau has tracked a steady increase in kidnappings over recent years, affecting everyone from fisherman to international supertanker crew. Pirates who once stole cargo, or siphoned oil, discovered that some companies will pay large sums to ransom kidnapped crew.

“Breaching the citadel and killing a crew member is a serious escalation,” Williams said.

WHAT IMPACT ON TRADE?

The Gulf of Guinea borders more than 20 countries. The waters are the key route in for everything from steel to soda in a region that relies heavily on imports, and the main export avenue for oil, cocoa, and other commodities.

Ships still ply the lucrative route, but at a cost. Jakob Larsen, head of security withshipping trade association BIMCO, said insurance costs rise due to attacks, and freight rates are more expensive as some ships avoid the region, cutting the number of available vessels.

Kidnapping and ransom insurance can also cost shipping companies several million dollars annually, though most refuse to discuss specifics due to fears it could make covered vessels a target.

Such costs are typically passed to consumers, and Larsen said there are also high indirect costs due to business and investment that fail to materialize.

WHAT RESPONSE HAS THERE BEEN?

In 2013, 25 countries in the region developed the Yaounde Code, which established coordination on piracy and other maritime crimes.

Nigeria has its own “Deep Blue” initiative to develop maritime surveillance and security, and last year secured its first conviction under a new anti-piracy law.

Most countries in the region bar international navies or armed private security staff from their waters.

Foreign navies, such as France, Spain and Italy, already patrol the region’s international waters, but BIMCO said there is an “urgent need” for a coordinated international law enforcement operation.

“International mandates were found to secure the Hormuz Strait and the Indian Ocean,” said Aslak Ross, Maersk’s head of marine standards. “So we ought to be able to find a mandate in West Africa.”