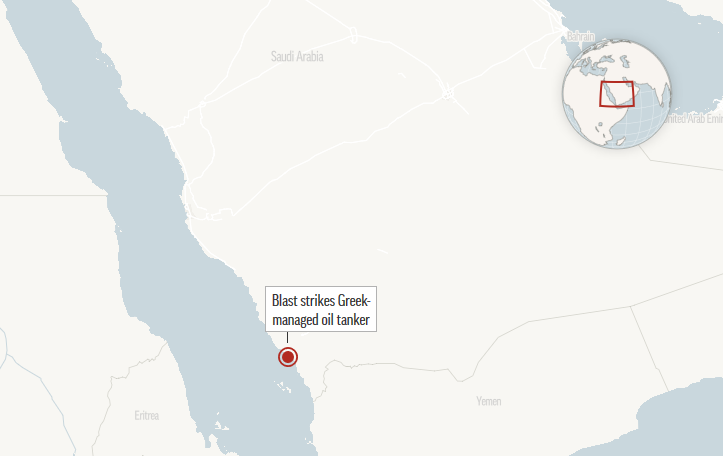 An explosion has damaged an oil tanker off the coast of Saudi Arabia in the Red Sea near the border with Yemen, according to a private security firm.

The blast on Wednesday hit the MT Agrari, a Maltese-flagged, Greek-managed vessel off the coast of Shuqaiq.

A statement from the Agrari’s operators, quoted by The Associated Press news agency, said the tanker “was attacked by an unknown source”.

“The Agrari was struck about 1 metre above the waterline and has suffered a breach. It has been confirmed that the crew are safe and there have been no injuries.”

The ship was still floating off the coast and had been boarded by Saudi officials, the company said. Saudi Arabia did not immediately acknowledge the incident.