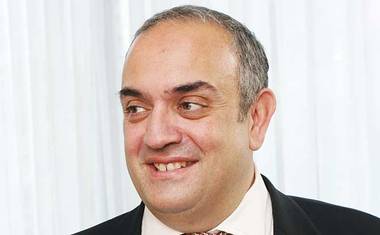 Charalambos Fafalios has been re-elected as the head of the Greek Shipping Cooperation Committee in London for another two years – until June 2018.

His vice presidents will be Constantinos Karousis, Yiannis Lyras and Spyros Polemis.

“Much ingenuity being required not just to prosper but merely to survive” says Haralambos J. Fafalios, chairman of the Greek Shipping Co-operation Committee (GSCC) in the GSCC’s 81st annual report, adding that the European Commission’s investigation into Greece’s application of EU Guidelines on State Aid to Maritime Transport is “one of the major dark clouds on the horizon”.

Fafalios argued any alteration to the existing legal framework that is “guaranteed by the Greek constitution” would be greatly damaging to Greek shipping and the economy.

“Shipping’s inability to exist within its present framework would irretrievably damage one of the main pillars of the Greek economy and not allow Greece itself to survive and prosper,” said Fafalios. “The present position of the Greek shipping industry is not unlike most other European countries, and any attack on it would be to make maritime transport uneconomical within a European framework,” he said.