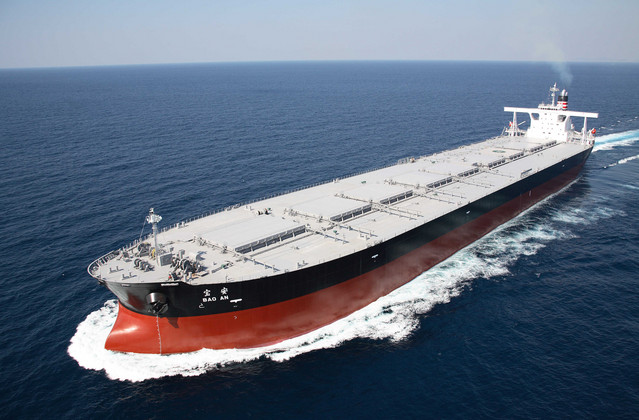 Capesize freight rates on key iron ore routes on Thursday hit new highs for the year on an extended rally in the freight derivatives market and tight tonnage supply in the Atlantic basin for the November-December loading window.

Adding to the firmness was a flurry of iron ore cargoes from West Coast Australia and shipowners trying to hold back their tonnages as well as pushing up offer levels.

Sentiment was getting stronger with buying interest in the Capesize forward freight agreements perking up. According to FFA brokers, Capesize freight swaps for November were trading at $15,350/day versus $15,500/day, while December was going at $14,300/day versus $14,400/day at Singapore close, both months up around $1,000/day from Wednesday.

Similarly, in the Asia Pacific market, the Port Hedland, Western Australia, to Qingdao, China, route was assessed at $7.35/wmt, a level not seen since August 6. The TCE on this route is hovering at $20,160/day.

The Capesize tonnage supply in the Asia Pacific was shortening due to strong Chinese iron ore imports for the last quarter of the year. According to a shipbroker, at least 25 vessels were fixed over the past two days. A second shipbroker said about 30 vessels had been fixed since Monday.

Based on market forecasts, more coal cargoes from the east coast of Australia is expected to enter the market, which could further bolster the market, sources tracking the Capesize market said.

In the Atlantic market, too, the tonnage list was heard to be getting tight, keeping freight rates at higher levels.

Coal movement from Puerto Bolivar to Northwest Europe was expected to remain healthy, with a cold winter forecast in the region.

According to media reports, French grid operator RTE has shut down about a third of France’s nuclear reactors for a safety review after it discovered irregularities in crucial steel components. The nuclear power plants are expected to remain shut at least until late December. This in turn would likely result in France having to buy thermal power from neighbors with coal-fired power capacities.