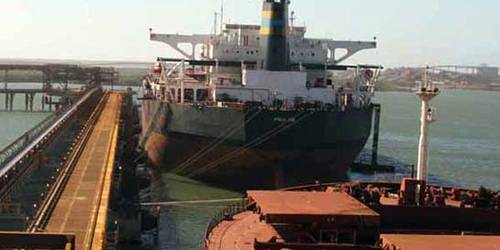 Fortescue Metals Group has stunned markets by announcing it has struck a non-binding agreement with Vale that could see the Brazilian mining giant take a minority stake in Fortescue as well as invest in current or future mining assets.

If formalised, the memorandum of understanding (MoU) would limit Vale to buying between 5 per cent and 15 per cent of Fortescue shares, and importantly, the Brazilian company would have to buy them on-market.

The two companies would also work together on a joint venture that would sell between 80 million and 100 million tonnes of iron ore into China, with that iron ore being a blend of Australian and Brazilian ores.

The move represents a bold push by Vale, the world’s biggest iron ore miner, into the heart of Australia’s iron ore industry, but chief executive Nev Power said he did not believe the move was a precursor to a full takeover by Vale.