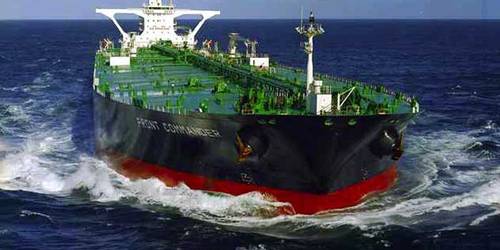 “We are very pleased to report yet another strong quarter with net income attributable to the Company of $58.6 million. In the fourth quarter, we completed our merger with Frontline 2012. This was a transformational event for Frontline as we emerged as a much stronger company with a large, diversified fleet of crude oil and refined product tankers. We believe that due to Frontline’s brand, financial flexibility, and scale, it holds a unique position among its peers.

These TCE rates are indicative since they do not conform with the figures in the Company’s US GAAP financial statements. The US GAAP figures are based on the results of Frontline 2012 for October and November and those of the merged company for the month of December.

We are off to a very good start thus far in 2016, buoyed by continued strength in the tanker market, and we are pleased with the earnings we have secured thus far in Q1. The market has corrected downwards over the recent weeks, but overall demand for tankers remains high. Our highly competitive cash breakeven rates enable us to achieve higher cash flow generation per day, and makes Frontline robust during downturns in the market, thus enhancing returns to our shareholders.”