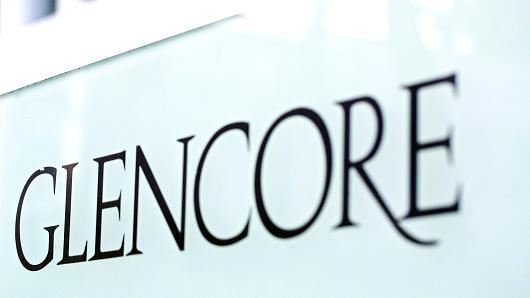 Glencore reported a 23 percent rise in first-half core earnings on Wednesday, just below analyst forecasts, as higher costs and lower prices for cobalt and other products ate into profits.

The miner and commodities trader said its profits for January-June were a record, following full-year 2017 results that it said were its best yet, but CEO Ivan Glasenberg said market conditions were likely to remain volatile.

Many mining stocks have pared gains this year as metals markets weakened in response to trade tensions and uncertainty about Chinese demand.

While other producers have also warned of cost inflation, Glencore’s share price has come under additional pressure from its exposure to political risk in Democratic Republic of Congo and a U.S. Department of Justice (DoJ) investigation.

Adjusted earnings before interest and tax (EBIT) from its marketing division of $1.5 billion, up 12 percent, were in line.

Despite the muted reception, Glencore said full-year marketing EBIT for 2018 was expected to be within the top half of its $2.2 billion to $3.2 billion long-term guidance range.

As Glencore this year ramped up copper operations in Democratic Republic of Congo, it said copper costs were higher than expected as by-products, such as cobalt CBD0 lost value.

Cobalt’s use as a battery metal drove it to a peak of $98,000 per ton in April, but it has since dropped to around $55,000 as Chinese production has created a surplus, analysts say.

Glasenberg said in a statement on Wednesday the focus would be on “creating value for shareholders through the disciplined allocation of long-term capital”.

His comment reflects a shift in market expectations from anticipation Glencore would lead the pack in making acquisitions to the need for a strong balance sheet and keeping shareholders loyal through high returns.

Glencore said in July it would buy back shares worth $1 billion, days after an announcement that the United States had demanded Glencore hand over documents about its business in Congo, Venezuela and Nigeria as part of a corruption investigation.

Even allowing for geopolitical risk, many analysts still regard Glencore as undervalued.

“Political risks in DRC and more recently the DoJ subpoena have weighed on sentiment, but the equity story’s attractive fundamentals remain intact in our view,” analysts at BNP Paribas said in a note.