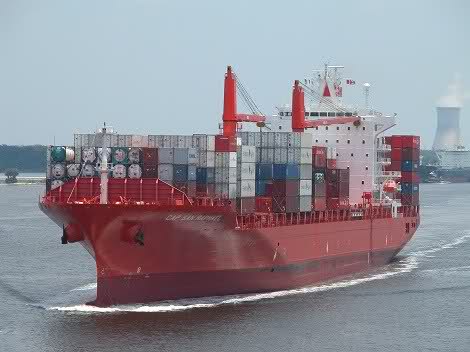 Sentiment in the container freight market has turned largely bearish as the shutters have come down on Chinese industry for the New Year celebrations, but this was while largely expected, the magnitude of the rate decline is a key concern.

Freight rates along major head-hauls from North Asia are expected to lose significant ground over the course of February, with some carriers expecting rates along Platts Container Rate 1 North Asia to North Continent to fall as much as $350/FEU (forty foot equivalent unit) over the first two weeks of February alone, from $1,575/FEU on January 31, potentially hinting as much as a 20% fall in two weeks alone.

This expected fall comes with Chinese industry taking several weeks off for the holidays, resulting in significant downside to exports from China, both Westbound towards Europe, and across trans-Pacific routes to North America over the coming two weeks.

This predicted slipping in rates comes following a difficult past 18 months in the container shipping market, with significant volatility in the bunker fuel price. This, coupled with uncertainty over the future of the shipping market with IMO 2020 now firmly in the cross-hairs, has left costs for shippers significantly higher than in previous years, causing some carriers to adopt BAF (Bunker Adjustment Factor) methodologies to offset the strong bunker prices.

Between March 1 and July 1, 2018, the all-inclusive freight rate for Platts Container Rate 1 North Asia to North Continent was unchanged at $1,500/FEU, but bunker costs were radically different.

This has had significant knock-on effects for carriers, with Hamburg-based Team Lines to discontinue all business activities as of February 11, the company said in a statement to its customers Friday. This is perhaps symptomatic of the volatility and uncertainty to come.

This decision follows deteriorating market conditions for container shipping in Northern Europe, coupled with an “ongoing consolidation process in the maritime sector which makes the continuation of Team Lines’ activities unsustainable,” the statement said.

The company added that all obligations and commitments will be honored, but that it would not accept and bookings for shipments with arrival dates past February 11.

With the delay in tariffs between the US and China, extended until March 2, there has been some hope in recent weeks of a late surge in demand for cargoes along trans-Pacific routes.

“The clock has struck midnight for the minute imports into America along trans-Pacific routes unless the duties get extended,” a source in container logistics said.

This appears to be the case, with China away on holiday at this point, the prospect of any short-term loadings appears unlikely, or at least limited.

Some market participants expect that, by the time Chinese workers come back from holiday, even if there is spot loading, by the time the cargo has arrived in the US, it could be outside the window.

Despite this, there is some expectation that the tariffs may be delayed further, following the 90-day extension at the end of 2018.

“There appear to be greater issues given the government shutdown than these trade disputes, so it is likely they will just roll the duties,” the container logistics source said.

With the clock ticking towards the final day of the extended tariffs it looks as if the ship has indeed sailed along this route.